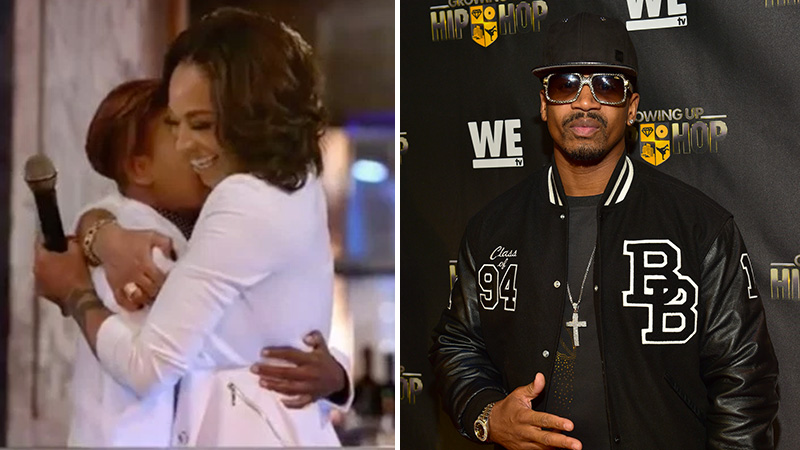 Mimi Faust‘s friends may be supportive of her decision to go gay, but one person who isn’t is her baby daddy Stevie J.

On Monday night’s premiere episode of Love & Hip Hop Atlanta, Mimi revealed to the world her new lesbian relationship with her girlfriend “Chris.”

Everyone on the show seemed to be happy for Mimi, but it’s now clear that Stevie J does not approve and wants their daughter nowhere near all that lesbian lovin’.

He says he doesn’t want his little girl being raised in a lesbian household, and thinks that’s only a job for a dad and a mom.

Even more shade — Stevie thinks Mimi’s only deciding to be lesbian for a good story line on ‘LHHA.’

He’s not threatening legal action yet, and believes he’ll convince Mimi to see things his way.

Even if she is doing for the sake of a storyline, With all the mess Stevie J has sent Mimi through over the years, it’s absolutely hilarious that he thinks he has the right to comment on Mimi’s love life.

Meanwhile, Twitter is having a field day with Mimi’s newfound lesbianism:

Wait, Whet?? So MiMi Faust is pulling a Kim Zolciak and is 'Gay for Pay' this season on #LHHATL — Chile whatever pays the bills. ? #fb

Mimi is gay for pay this season. #LHHATL #GoMona

MiMi is gay for pay #lhhatl