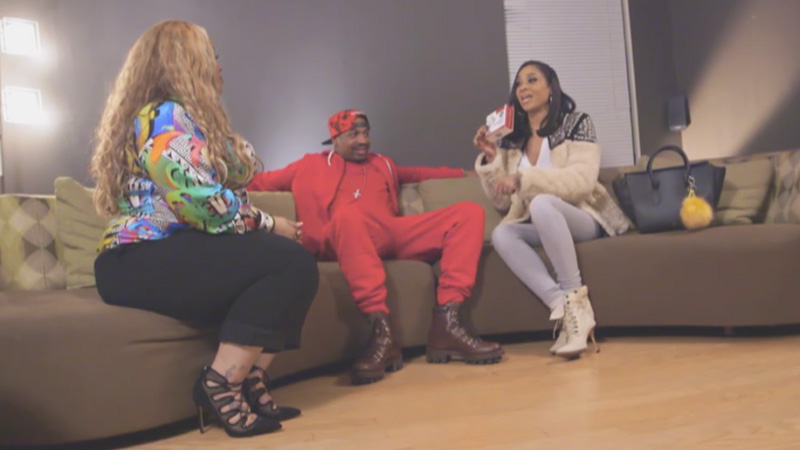 The “Love & Hip Hip Atlanta” Season 5 super trailer is here, and boy are we in for a bumpy ride this season!

After spending some time in Hollywood, Stevie J and Joseline are back in Hotlanta, and they’re being questioned about whether or not their marriage is real. Meanwhile, Mimi has a “new boo,” and she and Joseline are trying to build a friendship because they can’t fight forever, right?

As for the other cast members, Scrappy and Joc are now living the bachelor life together as roommates in their very own bachelor pad (“players play all day every day”), yet Scrappy has his sights set on Jessica Dime.

Momma Dee is still doing the absolute most, and it looks like Rasheeda and her mom, Ms. Shirleen, are quite annoyed with her antics.

K. Michelle is back with a vengeance, and you know she’s ready to get some shit started. “I got some bitches to stunt on,” she says. Also returning to the show is Waka Flocka’s wife Tammy Rivera-Malphurs, who gets into a fight with new cast member Betty Idol, a friend of the series’ first transgender cast member D. Smith.

There are also more new additions to the cast, like thug mama Karen “KK” Sing and her sons, rappers Scrapp DeLeon and Sas. Scrapp is part of a love triangle with his girlfriend Tommie and his baby mama Tiara, who are both also newcomers to the show.

But, wait, that’s not all. There’s more!

Stevie J may have fathered a two-year-old daughter with a woman who is not Joseline or Mimi (WTF?!?). Plus, Karlie Redd and Lyfe Jennings are ready to take their relationship to the next level, and Karlie has the most ridiculous reaction to Lyfe’s marriage proposal.

The fifth season of LHHATL premieres on Monday, April 4th at 8 pm.