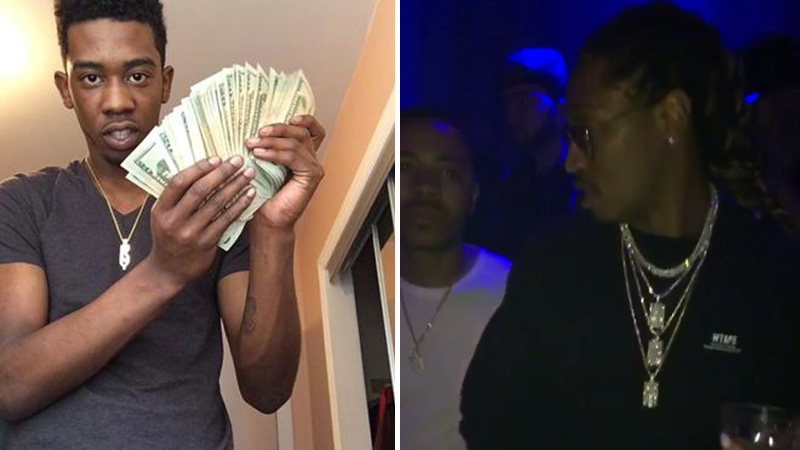 Since being placed on Kanye West’s The Life of Pablo album, and his single “Panda” quickly gaining popularity, Brooklyn rapper Desiigner has been called out about his similarities to Future.

Though Desiigner has denied claims that he stole Future’s style, something about the emcee’s voice and wordplay mocks Future, so much so that even Future sees it.

To prove that point even further, this past weekend Future was caught on camera in the club looking hella confused when Desiigner’s “Panda” track was played by the DJ.

Future’s reaction to the track seemed like he may have mistaken Desiigner for himself (almost as if he was trying to figure out when he recorded the track).

Either that or Future was gone off so much lean and molly that he barely even knew where he was.

Last month, Future seemingly responded to the Desiigner comparisons while also firing shots at the rap newcomer during his concert in NYC.

“I’ma let y’all niggas know, there’s only one Future in this motherfucker and I’m really the plug,” he told the crowd.