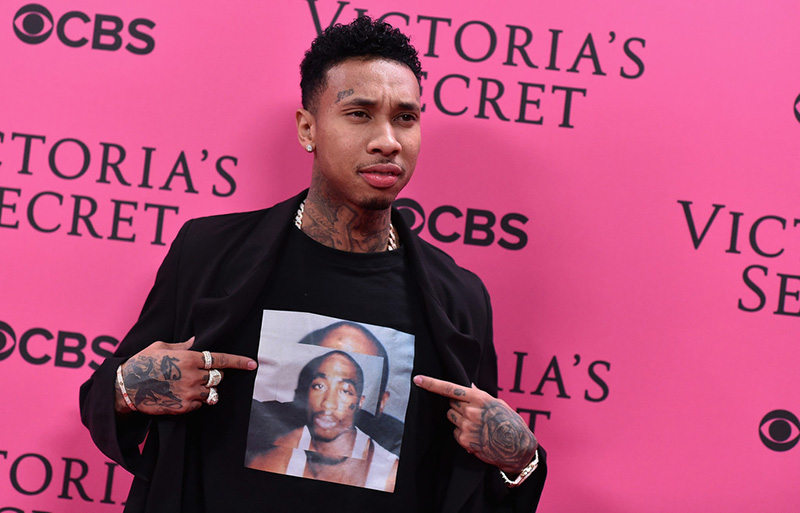 Tyga has the whole Internet pissed because he thinks Tupac is his father.

The 25 year-old rapper recently posted a photo on Twitter of him and Pac both wearing Duke jerseys along with the caption “Dad.”

And as soon as he posted the pic, he was immediately roasted on Twitter:

In an effort to clarify his tweet, Tyga later explained to TMZ that Pac played a bigger role in his life than his own father, who is currently 25 years into a life prison sentence.

He also shared a letter his real father wrote him from prison and the response he gave him back.

Pac taught me a lot more than my own father. Inspired me, Motivated Me, Listened without ever being there.

Wanted to share this with my fans a letter from my real Father who has been serving a life Sentence. pic.twitter.com/2Io5LMAiAS

Never met my dad but this was my reply. pic.twitter.com/L2Nwj7xQOi

Before signing off, Tyga posted a simple tweet about life.

Life is Our Greatest Teacher