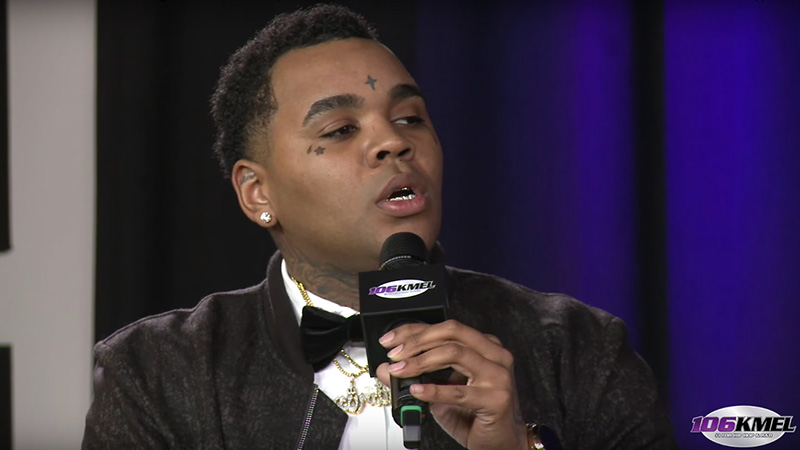 Stacey Dash has caught a lot of flack for her stance on #BlackLivesMatter (in her opinion, ALL lives matter) and it looks like Kevin Gates shares the same opinion.

In an interview with 106 KMEL‘s Shay Diddy, Gates said that he agrees with Dash’s comments about BET and he explained why he believes that “Black lives don’t matter… ALL lives matter.”

The “I Don’t Get Tired” rapper says the way you conduct yourself determines how the police will treat you.

While recalling his personal interactions with the police, Gates first stated that he was a “victim of police brutality” before quickly correcting himself, essentially saying that he deserved to be attacked by the police because of the way he was acting.

He then went on to explain how he’s a convicted felon, and now that he conducts himself in a proper manner while dealing with the police, poof … no more “police brutality.” (Even though he was recently kicked out of a mall by police for no apparent reason.)

“I’m a convicted felon and I have aggravated charges on my arrest record and when I speak to these individuals with respect I’ve never had a problem since I changed the way I conducted myself,” Kevin said. “So I don’t feel like black lives matter. ALL lives matter.”

OK KEVIN. WHATEVER YOU SAY.

Black lives don’t matter. All lives matter. Be nice to the police and they’ll be nice to you. Blah blah blah.

Oh, how we ALL wish life were that easy. Too bad it isn’t.

The full interview is about 48 minutes long and he covers a lot of topics, including his sexual prowess, how he deals with other people’s opinions about him, why he refuses to vaccinate his children, and he also reveals that he and his wife take supplemental pills made from her birth placenta. You know, just typical Kevin Gates stuff.