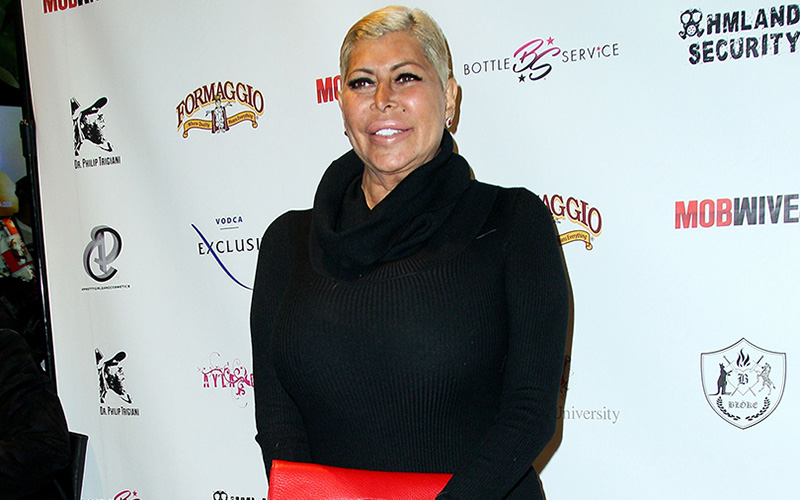 UPDATE (FEB. 18): It is with great sadness that we inform you that Big Ang has died. READ MORE HERE.

Angela Raiola, better known as “Big Ang,” from the hit VH1 reality series “Mob Wives” is reportedly on her death bed after her health took a turn for the worse Wednesday night (Feb 17).

While some sources are reporting that Big Ang has already passed away, the VH1 reality star’s family and friends are denying the rumors.

From the Staten Island Advance:

“Ang is surrounded with her loving husband and her family, who loved and supported her through her illness and her life,” Stephen Spinelli, her attorney and friend, told the Advance Wednesday night.

The news comes one day after Ang appeared on the “Dr. Oz” show, where she shared that she has a 30 percent chance of surviving, but that doctors were planning on pursuing immunotherapy.

In the interview, she also said that she and her husband, Neil Murphy, had split. However Murphy was by her side at the hospital Wednesday night.

Ang said on the show that her two children, six grandchildren and extended family were her anchor throughout her illness. Many of them lived with her, and she often shares the pivotal role they play in her life.

Spinelli could not comment on Ang’s health status. Reached by phone, her sister Janine Detore said Ang was not well. Her brother-in-law Dominick Detore said the family is at the hospital now.

ET Online has already “confirmed” (via their own “family sources”) that Big Ang has passed away, however, we are waiting to hear the news from Big Ang’s VH1 family.