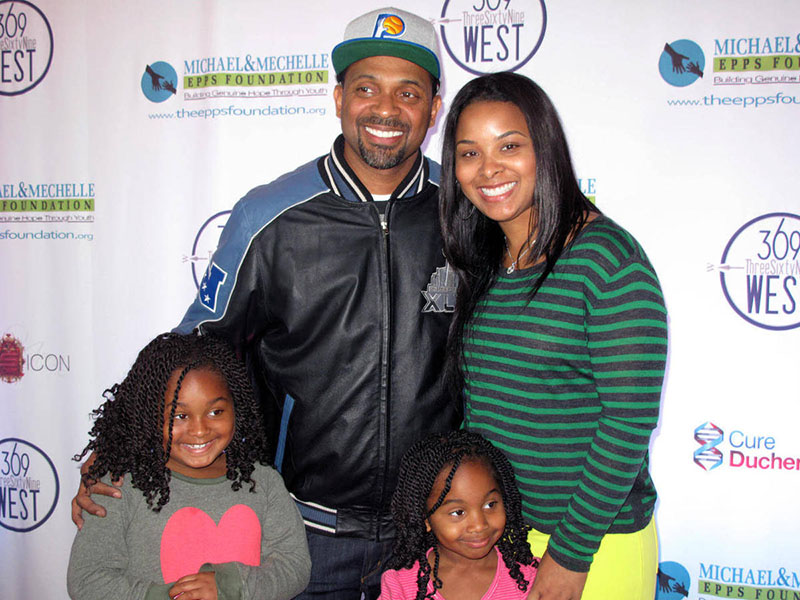 Mike Epps is giving up the married life to be a player.

The actor/comedian filed divorce papers last week to end his marriage with his wife of 10 years Mechelle Epps, and things are already starting to get nasty.

Mechelle caught up with TMZ earlier today at LAX and revealed she was totally blindsided by Mike’s decision to call off the marriage.

Despite previous reports stating that they separated last summer, Mechelle says they were together up until last month when she saw Mike out with another woman in New York City.

“It was shocking to me,” she told TMZ. “I didn’t know we were separated since the summer time. We’ve been doing everything a married couple does up until January. I think when I saw him walking down the streets of New York with a mysterious girl, I think that did it.”

Mechelle also spoke on Mike getting caught sliding into another woman’s Twitter DMs back in August, and how she’s been nothing but loyal to him all these years.

The now estranged couple have two daughters together, Maddie and Mariah, ages 8 and 10. In the divorce documents, Mike asks for joint custody of the kids.