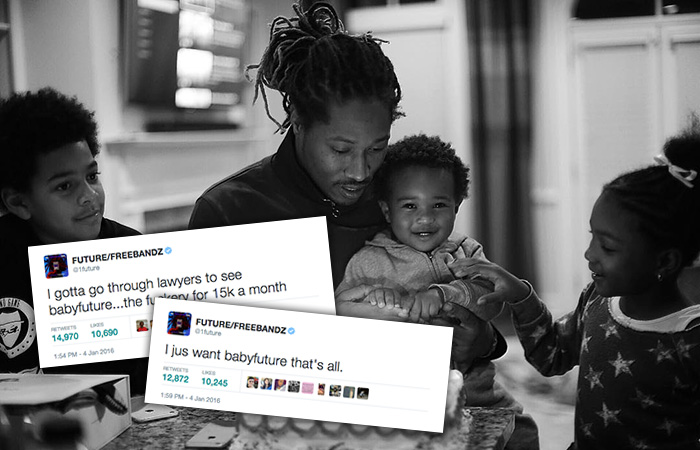 2016 has just started and the baby mama drama on social media is already heating up.

Future took to Twitter today to air out his frustrations over his current custody battle with his baby mama/former fiancée Ciara, which he revealed has been going on the past year and a half.

According to Future, he has to go through lawyers to see his son, baby Future, and is paying $15,000 a month in child support.

The rapper blames the whole situation on Ciara having “control issues” and says he only wants to see his son.

He also teased fans with one last tweet hinting that he may be dropping some new music soon.

Get ready for this classic

Way to begin the New Year on a positive note (sighs).