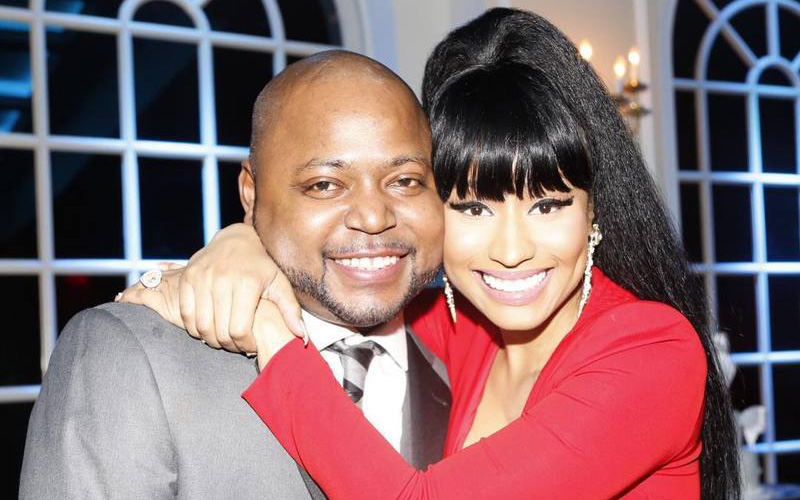 Nicki didn’t attend the hearing, but their mother Carol did. Following Jelani’s arrest last week, he posted a $100,000 bond Friday (Dec 4). Initial reports claimed that Nicki put up the bond money herself, but Bossip reports that it was her mother who forked over the $100,000. Other news sites reported that Nicki herself posted her brother’s bail, but court papers obtained by BOSSIP show that it was their mother, Carol, who put up her Baldwin, N.Y. home along with two $50,000 promissory notes.

A judge signed an order of protection, and Maraj must stay at least 100 yards away from the alleged victim and surrender any weapons. Interestingly, he lists his occupation on his bail paperwork as an employee of “Pink Personality Inc.” one of Nicki Minaj’s companies.

Outside court, Maraj ignored questions from a BOSSIP reporter while his mother admitted she wanted to beat up the press. “I’d like to kick their butts,” Mama Minaj said as her son helped her into a waiting SUV.

Due to the nature of the crime and because the victim is a minor, the individual’s name and gender are reportedly being withheld.

According to Maraj’s felony complaint, he had been abusing his victim for several months and last violated the child on the evening of November 30th, just days before his December 3rd arrest.

Maraj got married to his longtime girlfriend Jacqueline back in August in a $30,000 wedding which was paid for by Nicki Minaj. Based on the timeline of his crime, that means he was raping his victim before, during and after his wedding.

At his court hearing on Wednesday, Jelani told the judge he suffered “medical issues” after his arrest and he had to be arraigned from a hospital bed.

Both of Jelani’s charges carry a sentence of nine to 25 years in prison.