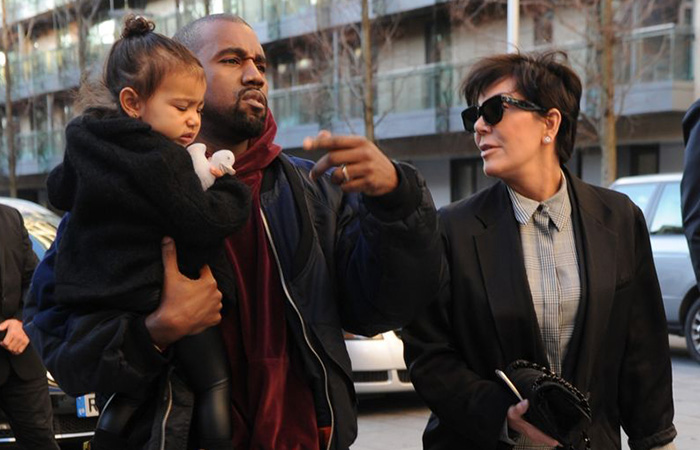 It’s been nearly a week since Kim Kardashian and Kanye West welcomed their son Saint, and we all want to know what the baby looks like.

It took Kimye nearly three months to reveal North’s first photo in 2013, so based on that timeline, we won’t see Baby Saint’s first pic until at least January or February.

Fortunately, we don’t have to wait that long to get an idea of what he looks like, because according to Grandma Kris Jenner, Baby Saint looks just like his big sister.

Kris Jenner chatted it up with the media Wednesday morning (Dec 9) at The Hollywood Reporter‘s Women in Entertainment Breakfast and gushed about her new grandson, who she says is “so cute” and “delicious.”

Asked whether he looks more like Kim or Kanye, the proud grandmother told E! News “he looks like North.”

She added, “Everybody’s good…everybody’s happy, tucked in, ready for the holidays. It’s such an incredible feeling just to have everybody so healthy and happy. I’m glad [Saint] was actually a couple weeks early. So that made me happy that [Kim] could get through that process and give birth, and now we can relax.”

And they’ll be relaxing together as a family due to Kim, Kanye, Nori and Saint all staying under the same roof with Kris, which she said is “kinda neat.”

As for Saint’s name, Kris told People she didn’t know exactly how Kim and Kanye came up with the unique moniker, but she said it fits his cuteness perfectly.

“He’s definitely a saint. It’s perfect,” she said with a laugh.