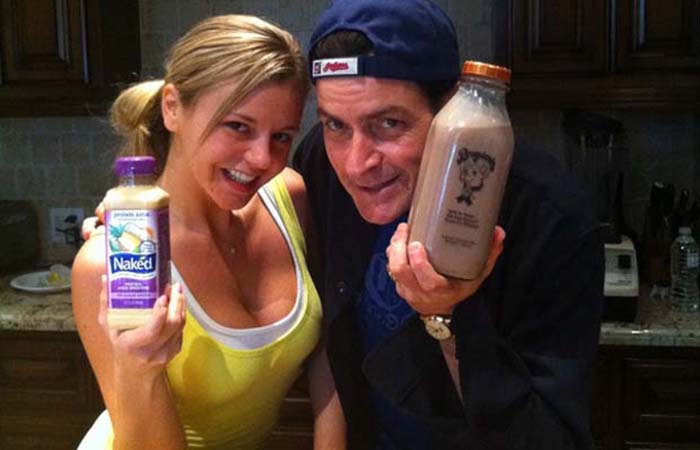 Olson appeared on “The Howard Stern Show” right after Charlie made the shocking announcement this morning and refuted Charlie’s claims that he told all of his past sexual partners about his status.

According to Olson, Sheen told her he was clean (i.e. STD-free) and convinced her to use lambskin condoms, which are less effective at preventing STDs. Olson also said there were times when she and Charlie had unprotected sex.

Since finding out about Charlie’s HIV-positive status, Olson said she has been tested and her results came back negative. Olson also said she feels completely betrayed by Charlie and blames him for tarnishing her name.

If you’ll recall, Olson and Charlie started dating back in 2011 when she and Natalie Kenly (both known as the Goddesses) moved in his L.A. home during the time of his public meltdown and firing from “Two and a Half Men.”

Listen to snippets from the interview below: