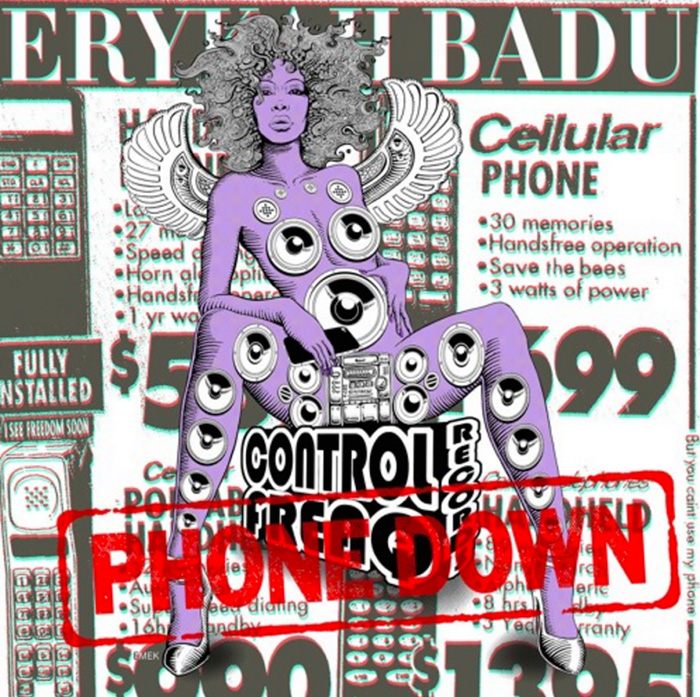 Erykah Badu wasn’t kidding when she said Drake’s “Hotline Bling” inspired her to put out a new mixtape.

Just a month after she released her “Hotline Bling” remix, Badu is treating fans with a new track of her own titled “Phone Down.”

The track comes from Badu’s upcoming mixtape But You Cain’t Use My Phone which drops on Thanksgiving weekend.

Badu also hosted the 2015 Soul Train Awards, which were held on Friday (Nov 6) in New Orleans and will air on BET later this month on November 29th.