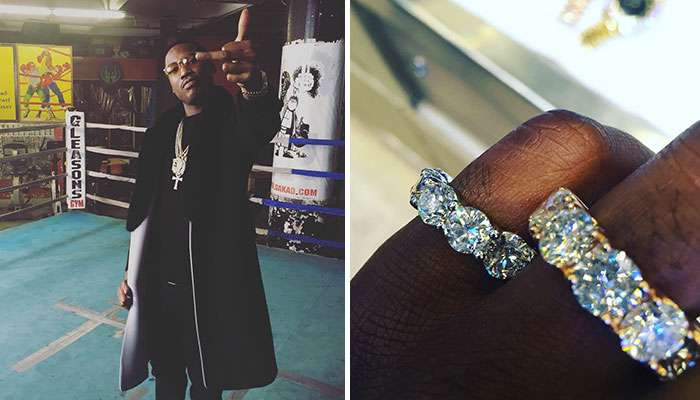 What the hell is Meek Mill doing?

Earlier today, the rapper caused a stir online when he posted a photo on Instagram of him showing off two diamond rings along with the caption “What a time…”

It doesn’t take a rocket scientist to see that he is clearly referencing Drake & Future’s joint mixtape What A Time To Be Alive … but no one really knows why.

Diamonds are a major theme of the mixtape — they have songs on there called “Diamonds Dancing” and “Big Rings,” and the cover is a stock photo of diamonds — and Drake and Future recently shared pictures of “really big rings.”

Is this a diss from Meek? Or is this a nod? Is he throwing shade? Or is he acknowledging greatness?

What the hell is Meek Mill doing?

We personally believe he’s trying to drum up publicity for his Dreamchasers 4 mixtape (which drops this week), but Twitter, of course, is all over it:

I can tell Meek Mill consults Ross about nothing because Ross move too accurate and Meek move with no discipline ever.

I wish y'all get off @MeekMill dick , he being petty because his shit bout to drop