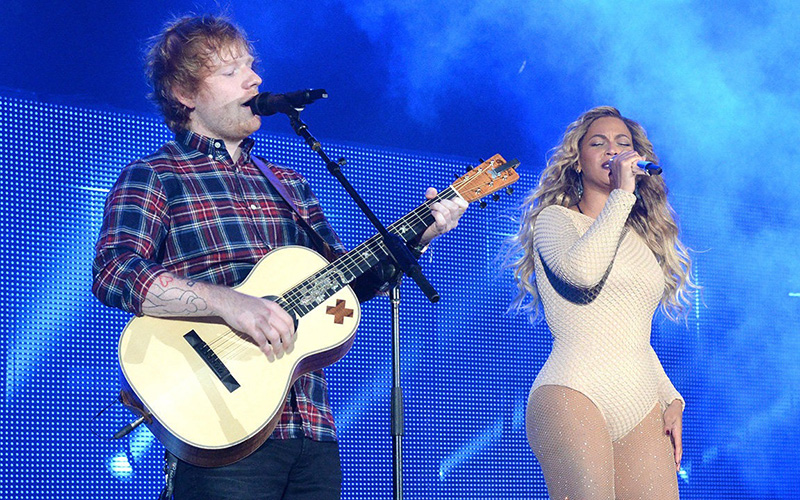 Beyoncé headlined the 2015 Global Citizen Festival on Saturday, September 26th at Central Park in New York City, and during her one-hour concert, she brought out singer-songwriter Ed Sheeran (who had performed earlier in the evening) for an awe-inspiring rendition of “Drunk In Love.”

Ed Sheeran’s acoustic cover of Beyoncé’s hit single has been a fan favorite since he debuted it last year in a live radio interview, and fans of both artists were thrilled when they took the stage together and sang the track as a duet.

The “Thinking Out Loud” singer later revealed in a radio interview that it was hard making eye contact with Queen Bey due to the nature of the song and the fact that her husband Jay Z was watching from not too far away backstage.

And why did you not want to make contact, Ed?

“Well Jay [Z] was standing on the side of the stage,” he explained, “and the song is quite open and I just don’t want to make eye contact with someone’s wife when I’m singing lyrics like that.”

Such a polite boy, that Ed Sheeran.