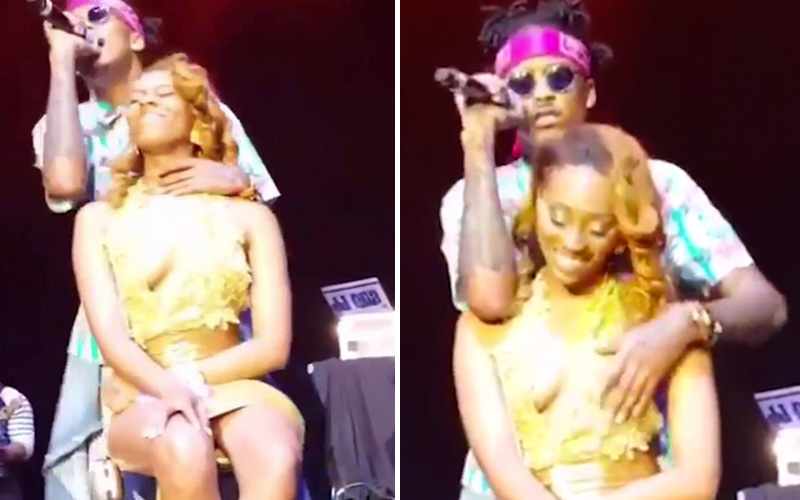 August Alsina is going to have somebody’s boyfriend really upset.

Footage of the R&B crooner groping a random woman invited onstage, grabbing her neck and touching all over her breasts during a concert this past weekend in Baton Rouge was posted on Baller Alert’s Instagram page.

The woman looked extremely uncomfortable, but managed to show off a smile before the 15 second clip ends.

Many of August’s female fans have taken to social media to call him out for inappropriately touching the woman (in the video above), while others spoke on how jealous they were of her.

but yall hoes don't care cause he a celebrity

People are really mad at August Alsina for doing what music artists have been doing for years? smh

August Alsina Did Nothing Wrong.

august alsina's going to have a rough week ahead. count on it.

so nobody remember these things??. but if august alsina grab somebody chest he wrong?. Goodbye?? y'all kill me?? pic.twitter.com/oPwv69rGTf

August alsina is cheeky, bmt she should of smacked his hand

What are your thoughts on the matter? Big deal or nah? Share in the comments below!