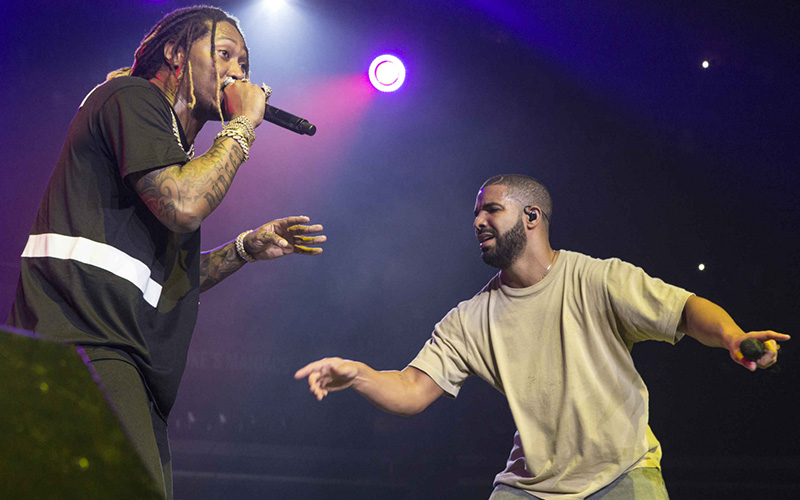 After many reports that a collaborative mixtape would be coming any day now from arguably the two hottest artists in Hip Hop at the moment, Drake and Future came through Sunday night (Sep 20) and treated fans with a brand new 11-track mixtape titled “What a Time To Be Alive.” Drake released the project last night on his OVO Sound radio show on Beats 1. “It’s a little soundtrack for people that need it right now,” he said.

Drizzy also explained the album’s origins: “I went to Atlanta for six days a couple weeks ago with the hopes of doing some songs with Future, and when you get around Future, it’s like a vortex, that guy can outwork anybody right now. It’s tough to see someone do four, five songs in one night and not try to match it.”

Soon after the mixtape’s cover art was revealed over the weekend, some eagle-eyed fans noticed that the image was from the popular stock photography site Shutterstock.com, just like Future’s ‘Dirty Sprite 2‘ album.

The project will be available exclusively on iTunes and Apple music for one week before being released to stores and other digital services.

Don’t waste any more time and stream the mixtape below: