GOSSIPONTHIS.COM TV Mimi & Joseline Hug It Out, Plus Other “Love & Hip Hop... 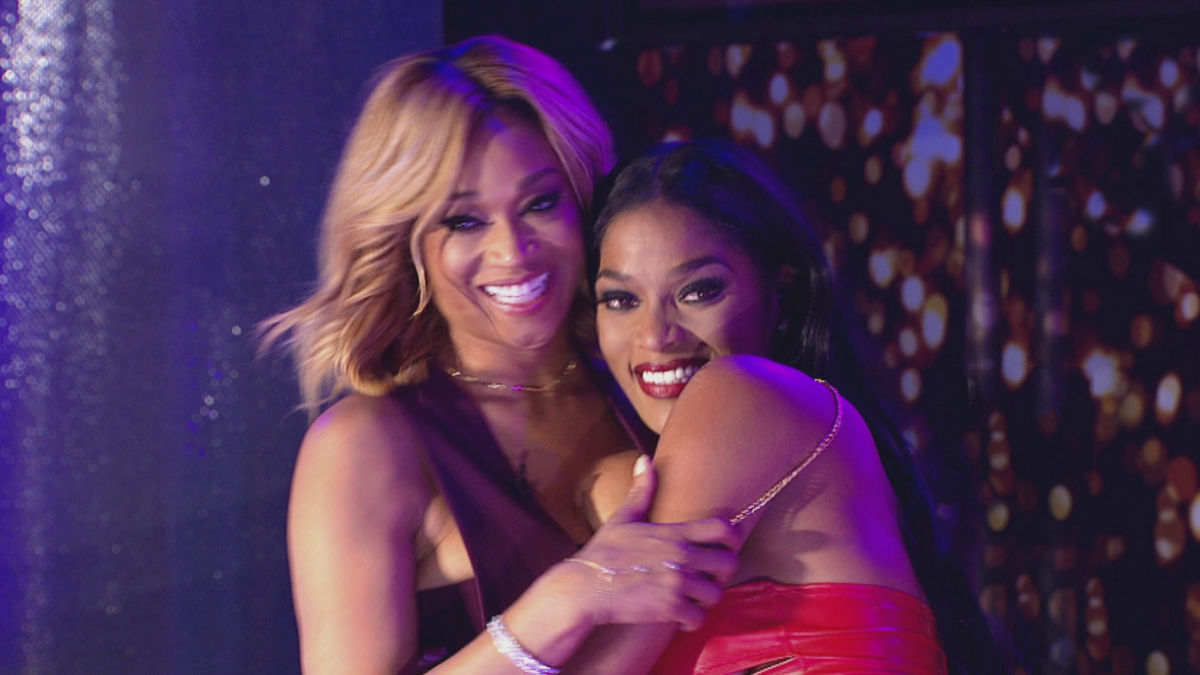 The fourth season of “Love & Hip Hop Atlanta” has come and gone, with the conclusion of the two-part reunion special airing Monday night (Aug 31), and we have a few shocking moments we’d like to look back on.

Here are 10 things we learned from Part 2 of the “Love & Hip Hop Atlanta” Season 4 Reunion:

Joseline and Stevie J graced the stage with their first television performance during part 2 of the “Love & Hip Hop Atlanta” Season 4 reunion, and it was a lot better than we would have ever expected.

It’s no secret Joseline has desperately been trying her best to establish herself as an official, mainstream artist, which we all know more than likely will never happen, but at least we can say one thing: the Puerto Rican princess can keep a crowd entertained.

As for Stevie J, homeboy absolutely killed his part of their performance with some pretty amazing vocals, further proving that he’s the true talent out of the two.

In arguably one of the most shocking moments of part 2 of the LHHATL Season 4 reunion Joseline called out Mimi about hooking up with her and “Steebie.”

As Joseline tells it, she went down on Mimi and “it tasted really good.” Joseline also revealed she had to beg Stevie to have sex with Mimi on the night of their sexcapade.

It’s clear neither Ms. Deb nor Kalenna feel like they were in the wrong about their heated confrontation this season.

Deb thinks Kaleena came across as disrespectful and cocky, while Kaleena claims if she were “a man,” Deb would have taken her serious.

In the end, the two were both able to get past their differences, hug it out and let bygones be bygones.

4Scrappy still hasn’t paid Momma Dee for a sexual favor he got from one of her hoes.

Scrappy’s baby mama Erica Dixon isn’t the only one he owes money.

5Scrappy and his baby mama Erica are in a bad place.

Erica and Scrappy are not on the best of terms and honestly we don’t see them resolving their issues anytime soon. The two went back and forth hurling insults and disrespecting each other throughout Part 1 and 2 of the reunion.

It appears Erica’s beef with Scrap stems from him not paying child support. Scrappy however feels he put Erica in a good financial situation by helping her land a spot on the show.

Scrappy also accuses Erica of not being a good mother, which left the audience and the majority of the cast members in shock, especially Deb (who looked like she wanted to yank Scrappy straight off the stage).

6Stevie J and Joseline have a spin-off show coming soon.

“Love & Hip Hop Atlanta” Season 4 Reunion host Nina Parker made a special announcement that Stevie J and Joseline will have a spin-off showing airing this winter.

VH1 cameras will follow the life of the Jordans as they embark on their journey to L.A. It’s safe to say Stevie J and Joseline aren’t going anywhere anytime soon!

7Jessica Dime has no chill what-so-ever and neither does a random woman in the audience.

Jessica Dime went from “0 to 100” real quick when an audience member called her out for wearing rhinestones (LOL!).

But what was even more shocking was the woman in the audience was just an crunk as Jessica Dime and challenged her to get off the stage and fight. Did VH1 set that up or do people really hate Dime that much?

8Joseline has beef with Rasheeda.

Out of nowhere, Joseline blasted Rasheeda for talking about her behind her back.

Throughout the season, Joseline and Rasheeda didn’t hang out or have one personal conversation we can even think of, but according to Joseline, Rasheeda brought her name up in a private conversation with someone else (which we all know is a major no-no when it comes to Joseline).

Not only did Joseline tell Rasheeda she “ain’t gone fight nobody,” but she accused her of running from her beef with K. Michele.

After the commercial break, LHHATL reunion host Nina Parker informed everyone Rasheeda wasn’t feeling well and had to leave, which makes us wonder if it had something to do with Joseline coming for her.

9Mimi is (shockingly) thankful for Joseline coming in between her and Stevie J.

Right before the reunion ended (after Joseline & Steebie’s performance), Mimi rushed to the stage to make a very important announcement.

We all thought she was going to reveal she would be getting a spin-off show or some new business venture, but instead she thanked Joseline for helping her and Stevie become friends again and assured her that she doesn’t want Stevie or lust over him.

She also called Joseline “family” and the two hugged it out in one of the biggest moments of the show’s history. Those who have been following the show since Season 1 Episode 1 know how big this is.

Just as Joseline and Steebie were preparing to take the stage for their first televised performance, Margeaux threw a fit and went into a rant about how our favorite LHHATL couple lacks talent before angrily storming off the stage.

Cameras later showed Margo and Nikko backstage talking trash and looking more desperate than ever. The whole thing looked hella staged, and we wish these two would just give it up.