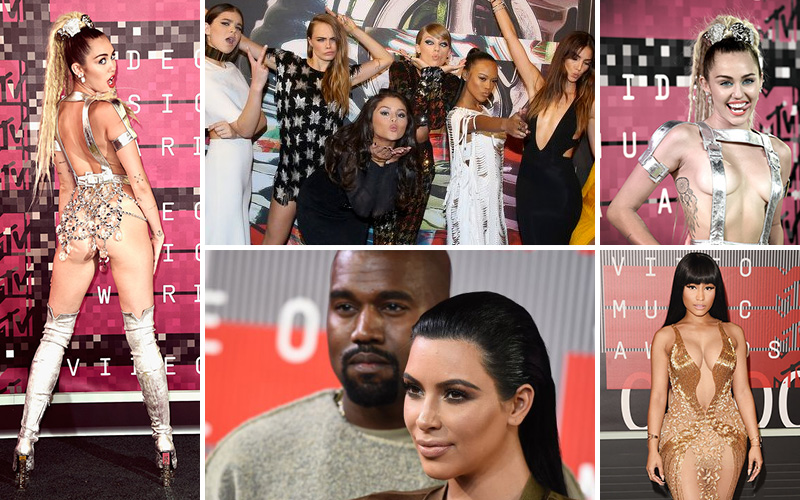 The 2015 MTV Video Music Awards were held at the Microsoft Theater in Los Angeles Sunday night (Aug 30), and before the big show went down, the stars descended on the red carpet to pose for photos as they show off their looks.

Setting the tone for the night was host Miley Cyrus, who wore a risqué outfit that barely covered her nipples (which she later flashed accidentally near the end of the show, but more on that later).

Before heading inside to open the show, Nicki Minaj shimmered in a golden, figure-hugging dress that put her ASSets on full display.

Taylor Swift was all about girl power as she posed with her female friends and “Bad Blood” co-stars, including Selena Gomez, Serayah (from “Empire”), Mariska Hargitay, Cara Delevingne, Karlie Kloss and others.

Amber Rose and Blac Chyna made a statement with their outfits — which had stereotypical words like “bitch,” “hoe,” “stripper,” “gold digger,” and “slut” printed in a graffiti font all over them.

Check out 50 photos from the 2015 MTV VMAs red carpet in the gallery below: