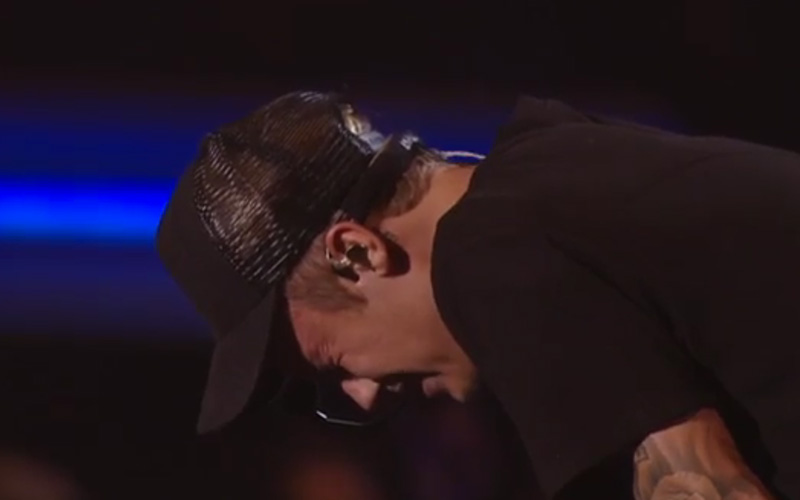 Justin Bieber broke down into tears after his performance at the 2015 MTV VMAs.

The Pop star performed his Diplo and Skillex collaboration “Where Are Ü Now” and his new single “What Do You Mean.”

Dressed in all black attire, the Biebs pulled off some killer choreography, before floating towards the ceiling and hovering over the audience.

By the end of the performance, Justin was so emotionally overwhelmed he couldn’t hold back the tears from flowing.

Watch JB get emotional after his 2015 MTV VMAs performance below: