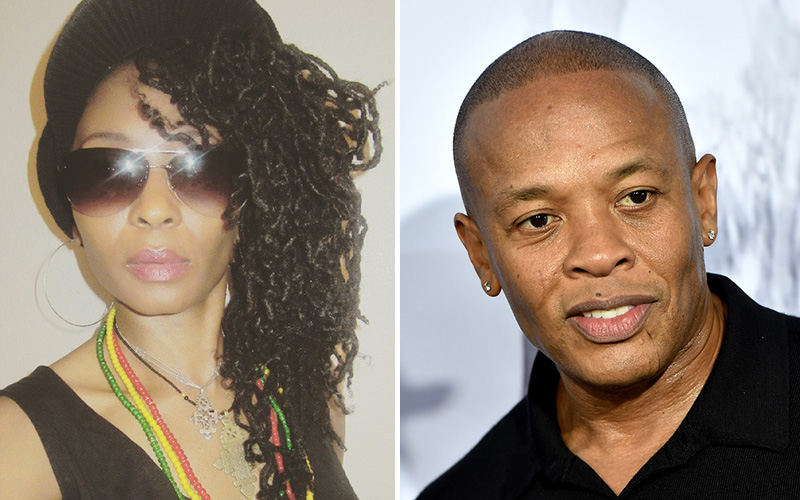 Dee Barnes, the journalist who Dr. Dre savagely beat at a Los Angeles nightclub in 1991 and one of three women the producer/rapper is alleged to have attacked in the past, has responded to the apology statement Dre released via the New York Times.

“Twenty-five years ago I was a young man drinking too much and in over my head with no real structure in my life,” Dre said. “However, none of this is an excuse for what I did.”

He continued, “I’ve been married for 19 years and every day I’m working to be a better man for my family, seeking guidance along the way. I’m doing everything I can so I never resemble that man again. I apologize to the women I’ve hurt. I deeply regret what I did and know that it has forever impacted all of our lives.”

Dre’s apology came in response to the media’s reaction to his dark, woman-beating past, which he briefly touched on in his recent Rolling Stone cover story alongside Ice Cube, calling the incidents “fucking horrible mistakes.”

“I was young, fucking stupid,” he said. “I would say all the allegations aren’t true – some of them are. Those are some of the things that I would like to take back. It was really fucked up. But I paid for those mistakes, and there’s no way in hell that I will ever make another mistake like that again.”

In a follow-up essay for Gawker, Barnes seemed to accept Dre’s apology. “I hope he meant it,” she wrote. “I hope he represents these words in his life. I hope that after all these years, he really is a changed man.”

Barnes also condemned Dre’s actions, and those of the public, who refused to hold him accountable for so many years.

She said the assault, which she revealed in her original Gawker essay left her with everlasting migraines and ringing in her ears, was dismissed as a joke time and time again in rap lyrics, even many years after the incident.

In 1999, eight years after the incident, Dr. Dre added insult to injury by producing and releasing the Eminem single “Guilty Conscience.” This song was no “fucking mistake.”

Em’s rap brought up Dre’s violent past while accusing him of hypocrisy: “You gonna take advice from somebody who slapped Dee Barnes?” Eminem also rapped: “Mr. Dre, Mr. N.W.A., Mr. A.K. coming Straight Outta Compton, y’all better make way. How in the fuck are you gonna tell this man not to be violent?”

The story goes that Dre “fell out of his chair laughing” when he heard the reference. I have been routinely accused of “living in the past” and of not letting this go, but it was Dr. Dre himself who was living in the past and couldn’t let it go so he created a permanent reminder of the “Dee Barnes incident.”

And Eminem is not the only one; there are numerous songs that mention the incident, enough that essentially turned me into a, uh, punchline. Of the women assaulted by Dre, I was the only one to press criminal charges against him. I’m also the only one whose name later came up in one of his songs. “Guilty Conscience” and the other songs containing the reference are products of clear and obvious misogyny on a cultural level and for what? Jokes?

“The hypocrisy of it all is appalling,” Dee wrote of the people who have criticized her for speaking out about the incident.

“This is bigger than me, and bigger than hip-hop,” she continued. “This is about respect and awareness. As a result of speaking on my personal experience with violence, I have been vilified.”

She concluded her piece with this strong message:

Women survivors of violence are expected neither to be seen nor heard, and the pressure increases when it involves celebrities. No one wants to see their heroes criticized. And if they are African American, the community at large becomes suspicious of an underlying motive to tear down a successful black man.

Excusing pop culture icons from scrutiny over their history of violence against women because they are elevated to “hero” status is wrong on so many levels. Creating notable, brilliant art does not absolve you of your faults.

In the past, great art was enough to exalt men of their bad behavior, but in 2015 it’s no longer the case. Survivors have a right and an obligation to speak up (#NoSilenceOnDomesticViolence). We are too loud, too correct, too numerous to be ignored.