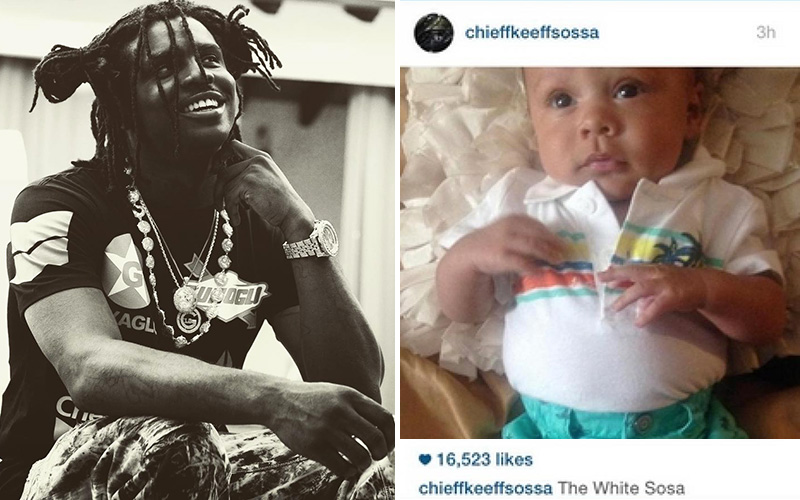 Chief Keef has added yet another child to his brood.

The 20-year-old rapper, who already has four kids from multiple women, posted a photo of his 2-month-old son on Instagram, who he calls “Sno Cozart” aka “The White Sosa.”

Keef later deleted the post, which makes us wonder if it has something to do with TMZ reporting that his newest (alleged) baby mama Lauren is asking for child support for little Sno.

According to docs filed in Kentucky … a woman named Lauren wants CK to pay child support for her 2-month-old baby boy, and lists him as the daddy.

Sources close to the situation tell us they met last year at one of his KY shows, then he flew her to Chicago a few times — and yada, yada, yada … baby!

Keef actually posted a photo of the boy Monday with the caption, “The White Sosa” (referring to his nickname) and then deleted it after an hour. Our sources say Lauren sent CK the pic, and he hasn’t met the kid yet. In the docs, Lauren says she hasn’t seen Keef since conception.

Regardless of what Keef’s lawyer is talking about, it’s evident Keef is acknowledging the kid is his, which means he is going to have to pay up!