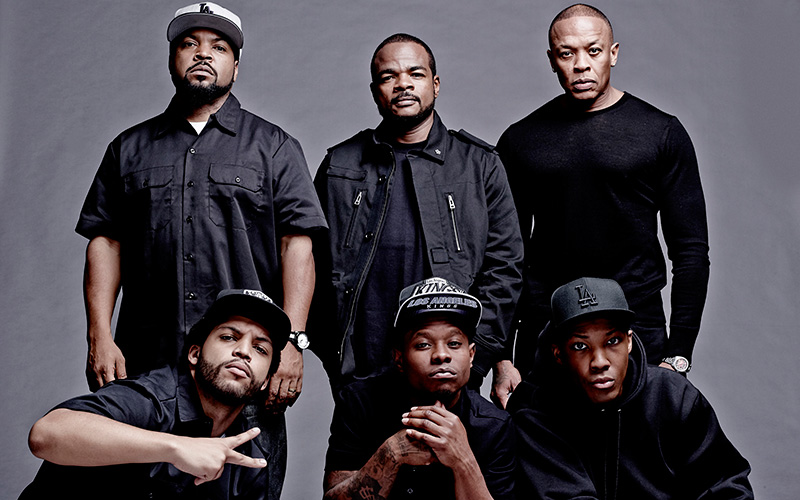 The N.W.A biopic “Straight Outta Compton” is the industry’s most talked about film right now, but would you believe that it isn’t being played in the city where it originates?

The movie snagged a record-breaking opening weekend after pulling in nearly $60 million, the best of any R-rated August release, and after a full week in theaters, the film has earned more than $100 million domestically.

While director F. Gary Gray, executive producers Ice Cube and Dr. Dre and the film’s standout cast celebrate the success of “Straight Outta Compton,” the city of Compton can’t watch the critically acclaimed film about their own city in their city due to a lack of theaters.

Yes, you just read the right. There are NO theaters in the city of Compton, the hometown of the legendary rap group N.W.A., and according to USC professor of sociology Manuel Pastor, it’s because of the city’s low economic standing.

“It’s a low income area, it’s been heavily dis-invested in,” USC professor of sociology Manuel Pastor said. “When you live in a community that doesn’t have that kind of retail, it’s a sign that the community is devalued and people within the community feel devalued.”

Negotiations are currently happening to bring an entertainment district to the city, including a 16-screen cinema.

“Seventy percent of that would be the movie theater, and then there would be an additional thirty percent retail space,” Compton City Manager Johnny Ford said. “As they’re coming in, retailers are making in Compton, and that’s what it’s all about.”

Dr. Dre has also announced plans to donate royalties from his album to create a new arts and entertainment center for children.