GOSSIPONTHIS.COM Celebs Dr. Dre Apologizes to the Women He Beat Up: “I Deeply Regret... 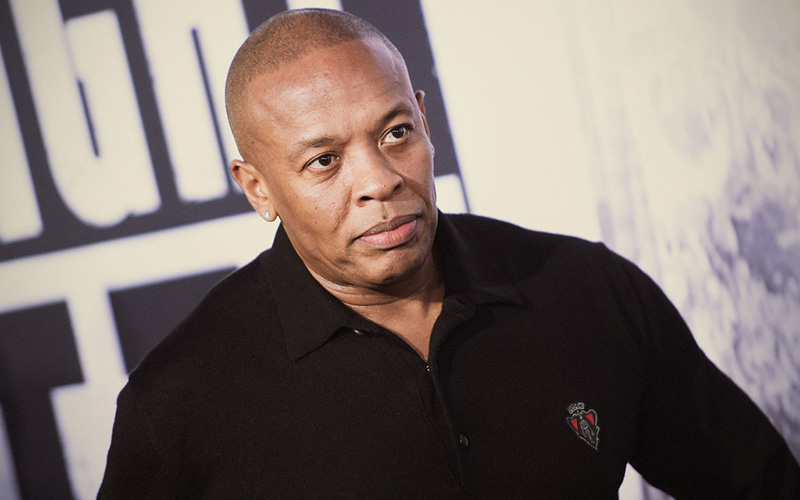 On August 18th 2015, just days after the release of the popular N.W.A biopic “Straight Outta Compton,” journalist Dee Barnes published a first-hand account on Gawker of the abuse she suffered at the hands of Dr. Dre — a founding member of N.W.A whose life and career was heavily profiled in the film.

Though “Straight Outta Compton” has made history at the box office, earning close to $60 million in its record-breaking opening weekend and $100 million domestically its first full week in theaters, it’s hard to ignore the media coverage surrounding Dr. Dre’s dark past as a woman beater.

He touched on the issue briefly in his August 2015 cover story with Rolling Stone magazine, calling the incidents “fucking horrible mistakes.”

“I was young, fucking stupid,” he said. “I would say all the allegations aren’t true – some of them are. Those are some of the things that I would like to take back. It was really fucked up. But I paid for those mistakes, and there’s no way in hell that I will ever make another mistake like that again.”

Those so-called “mistakes” involve him savagely beating and shooting at women, one of whom was his baby mama and former fiancée, R&B singer Michel’le — who currently appears on the TVOne reality show R&B Divas LA.

In a recent interview with DJ Vlad, Michel’le opened up about her abusive relationship with Dre, who is also the father of her 24-year-old son.

“I had five black eyes,” she revealed. “I was getting dragged on the floor, shot at…”

Michel’le recalled, “So one night we was arguing, he went and got the gun and I just made it through the bathroom door and he shot at me and missed me by this (holds up measurement fingers) much. He shot at me. And you know what I did? I left the bullet in the hole.”

She added, “It was in the door and then it went through the side of the wall in the bathroom and I left it there for a while, just so he could see it. But he never tried to shoot me anymore. Thank God. But the beatings were… it was a lot.”

Asked how she felt about not being portrayed in the N.W.A biopic, Michel’le said, “Why would Dre put me in it? I mean… I was just a quiet girlfriend who got beat up and told to shut up.”

Michel’le also spoke to Newsweek about the beatings she received from Dr. Dre during their six-year relationship, which resulted in at least one hospital visit, and she alleges that she was kicked and suffered from several broken ribs. She said that to this day she has a lump on the left side of her body that won’t go away as a result of her ribs not healing properly.

“He told me he loved me, so I don’t think I understood it, but he was abusive, mentally and physically,” Michel’le said. “I didn’t know any better, because my father never told me he loved me. When you find a guy that wants to be with you all the time, you think that’s love, right? I had to make my own world.”

She also spoke on Dee Barnes’ account on his violent attack against her, saying that their situations can’t be compared.

In her lengthy essay for Gawker, Barnes called out “Straight Outta Compton” executive producers Dr. Dre and Ice Cube, as well as director F. Gary Gray for skipping over Dre’s abusive past in the film’s storyline.

“But what should have been addressed is that it occurred,” she added. “When I was sitting there in the theater, and the movie’s timeline skipped by my attack without a glance, I was like, ‘Uhhh, what happened?’ Like many of the women that knew and worked with N.W.A., I found myself a casualty of Straight Outta Compton’s revisionist history.”

In his lyrics, Dre made hyperbolic claims about all these heinous things he did to women. But then he went out and actually violated women. Straight Outta Compton would have you believe that he didn’t really do that. It doesn’t add up. It’s like Ice Cube saying, “I’m not calling all women bitches,” which is a position he maintains even today at age 46.

If you listen to the lyrics of “A Bitch Iz a Bitch,” Cube says, “Now the title bitch don’t apply to all women / But all women have a little bitch in ‘em.” So which is it? You can’t have it both ways. That’s what they’re trying to do with Straight Outta Compton: They’re trying to stay hard, and look like good guys.

Now Dr. Dre is attempting to clean up his image by releasing a public apology to the women he’s beat up over the years.

“Twenty-five years ago I was a young man drinking too much and in over my head with no real structure in my life,” he said in a statement to the New York Times. “However, none of this is an excuse for what I did.”

He continued, “I’ve been married for 19 years and every day I’m working to be a better man for my family, seeking guidance along the way. I’m doing everything I can so I never resemble that man again. I apologize to the women I’ve hurt. I deeply regret what I did and know that it has forever impacted all of our lives.”

Apple, which purchased Beats by Dre last year and employs Dr. Dre as a consultant, issued their own statement to the Times: “Dre has apologized for the mistakes he’s made in the past and he’s said that he’s not the same person that he was 25 years ago. We believe his sincerity and after working with him for a year and a half, we have every reason to believe that he has changed.”