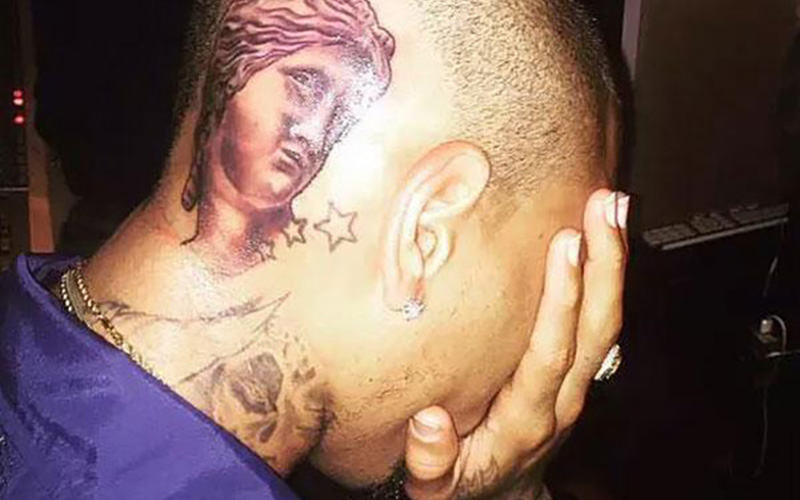 Chris Brown has a new tattoo and we’re not sure what the fuck it is.

The R&B crooner showed off his new ink job on Instagram before deleting the pic shortly afterwards. The tattoo artist also shared his own photo of the inkwork. Many are saying Breezy’s latest tattoo (which appears on the back of his head) is of the ancient Greek statue Venus De Milo.

Regardless of what is … we’re not feeling it and neither is the Internet.

You can tell Chris Brown was drunk getting that head tattoo

Me @ Chris Brown for that head tattoo pic.twitter.com/E70EqmznWM

What do you think about Chris Brown’s new head tattoo? Let us know below in the comments!