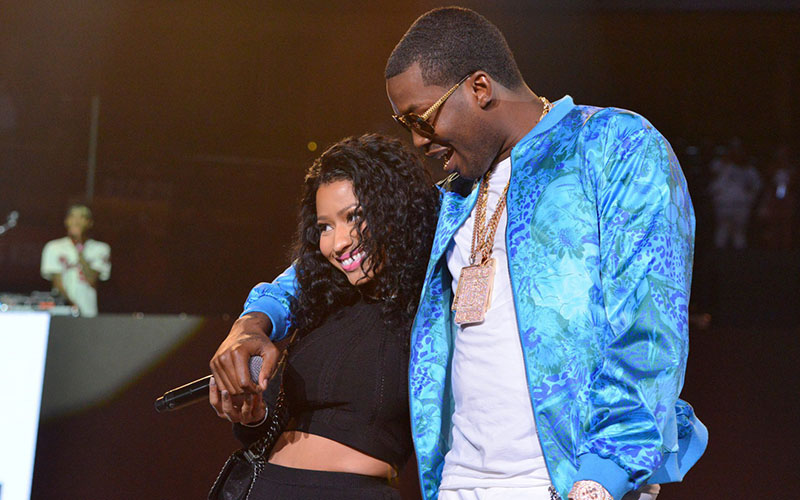 “Is Nicki Minaj pregnant?” the Internet asked after a video from her “Pinkprint Tour” surfaced of her introducing her boyfriend (and opening act) Meek Mill as her “baby father.” The answer to that question, Internet, is NO.

According to TMZ, Nicki was just playing around Saturday night in Pittsburgh when she implied that she was pregnant with Meek’s baby by referring to him as her “baby father.”

Sources close to Nicki say she uses the phrase “baby father” frequently – at least twice on this tour, but it’s not the same as “father of my child.” It’s just a term of endearment for those she likes. She’s even referred to Lil Wayne as her baby daddy in the past, even though they’re just friends.

See. She calls Lil Wayne her baby daddy too, and according to her, they haven’t even had sex before.

So, no, Nicki Minaj is NOT pregnant and you shouldn’t expect her to be carrying anyone’s child until she has a ring on it.

Just last month after Meek said on the radio that he wished Nicki was pregnant, she tweeted: “No matter wut he, or anyone else says, Onika Tanya Maraj won’t b pushing anyone1 out her vajayjay, until she’s married. Now check that”

No matter wut he, or anyone else says, Onika Tanya Maraj won't b pushing anyone1 out her vajayjay, until she's married. Now check that