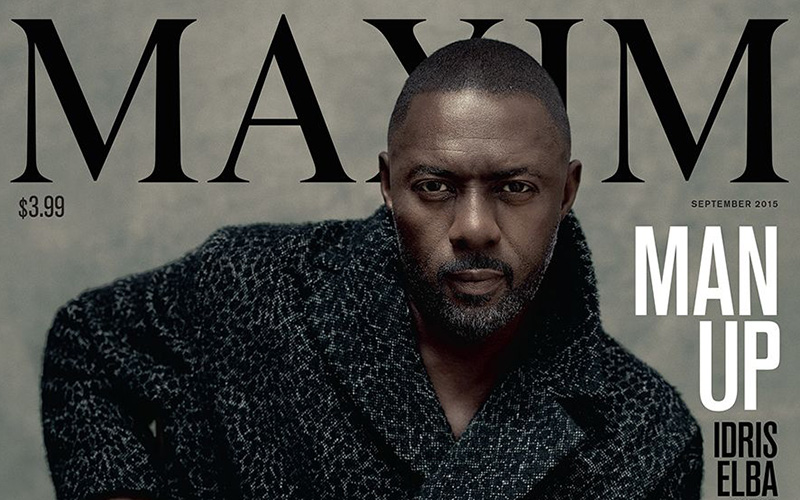 Idris Elba is making history as the first man to cover Maxim magazine. The actor and his dreamy eyes are trying to seduce the ladies on the mag’s September 2015 issue.

Maxim is a men’s monthly magazine that is famous for showing off scantily clad women on the cover, but their new female editor-in-chief says they’re trying to reach women. And women LOOOOVE themselves some Idris Elba, so, naturally he was the perfect choice, says EIC Kate Lanphear.

“We’ve never in US Maxim history had a man on the cover solo,” Lanphear told Racked. “This is the very first time, and there was no one else in the world more badass than Idris.”

She continued to drool over him, saying:

“For me, he was really the perfect embodiment of what I think the new Maxim man is. He’s multi-dimensional, he’s complex, he’s sophisticated, but he’s down to earth. It was funny when on set, I was like, ‘Is there anything this guy can’t do?’ He’s an award-winning actor, he’s a DJ, his capsule clothing line for Superdry is about to hit stores. The guy broke the [British] land speed record which hasn’t been touched since like 1928. He’s sort of a living, breathing superhero.”

Ladies, do you agree?

Check out the photos from the shoot (via Maxim) below: