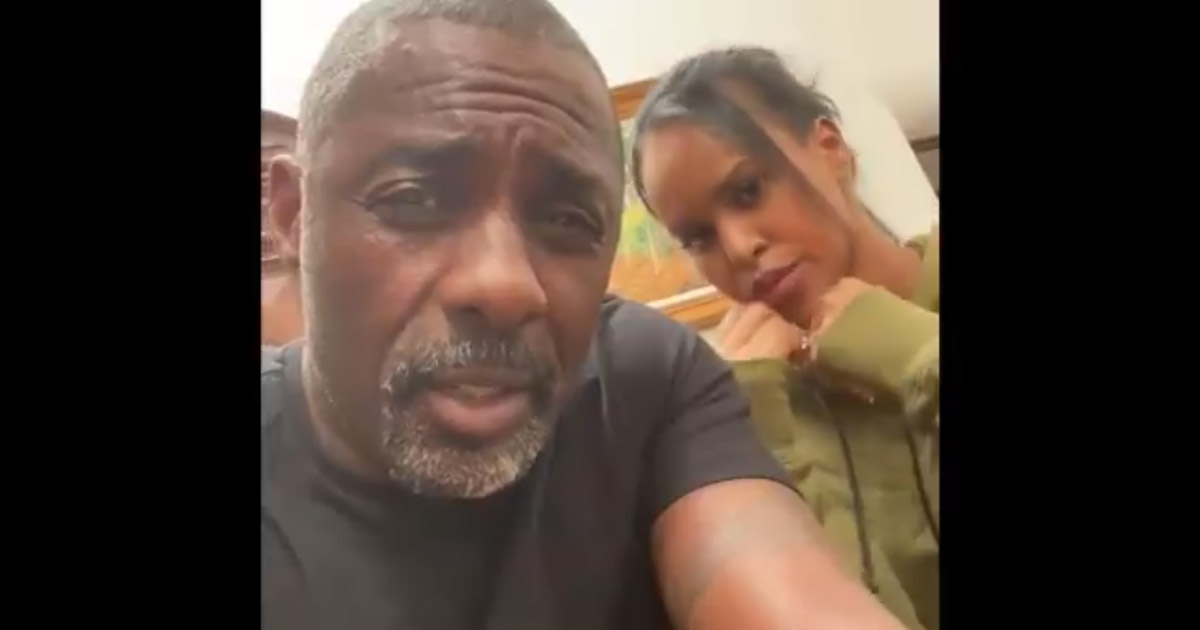 Idris Elba is urging folks to take coronavirus seriously because he just tested positive for the disease despite showing zero symptoms.

The actor announced Monday afternoon (Mar. 16) that he’s contracted COVID-19 and has placed himself on self-quarantine.

“I got tested because I realized I was exposed to someone who had also tested positive,” Idris said in a video he shared on Twitter.

He said he hasn’t shown any symptoms so far, but he’s been isolated since Friday (Mar. 13) when he found out about he could have possibly been exposed to the virus.

This morning I tested positive for Covid 19. I feel ok, I have no symptoms so far but have been isolated since I found out about my possible exposure to the virus. Stay home people and be pragmatic. I will keep you updated on how I’m doing ???? No panic. pic.twitter.com/Lg7HVMZglZ

“Now’s the time to think about social distancing, washing your hands,” the ‘Wire’ alum said in the video.

“Beyond that, there are people out there who aren’t showing symptoms and that can easily spread it. Now’s a real time to be really vigilant about washing your hands and keeping your distance.”

Elba’s diagnosis follows that of Tom Hanks and Rita Wilson, the first two celebrities who tested positive for the deadly virus that has killed more than 6,500 people worldwide.

He concluded: “There’s so many people whose lives have been affected, from those who have lost people they’ve loved to people who don’t even have it and have lost their livelihoods. This is real.”

Elba said his wife, Sabrina, who appeared in the video with him Monday, hasn’t been tested yet, but “she’s doing OK.”