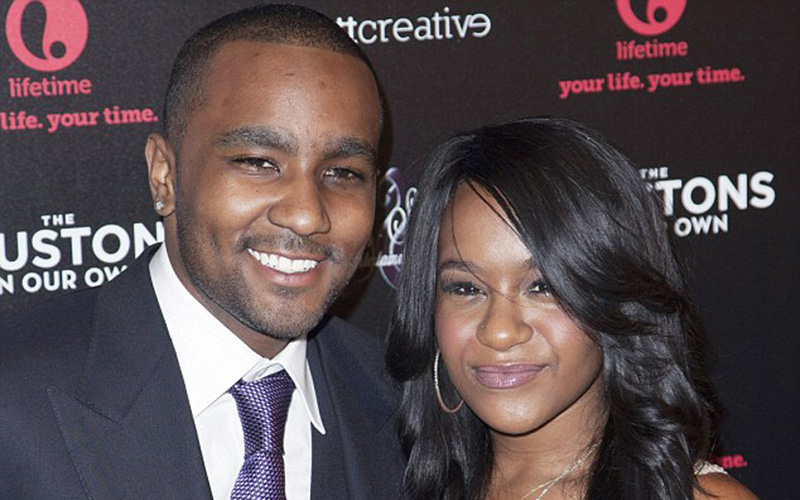 Whitney Houston and Bobby Brown‘s daughter Bobbi Kristina died Sunday (Jul 26) at the age of 22, and now the investigation into what led to her death is ramping up.

Federal prosecutors are reportedly treating Bobbi Kristina’s mysterious death as foul play, and her longtime boyfriend Nick Gordon has been a person of interest since day one.

It’s also worth noting that 25-year-old Gordon is facing a $10 million lawsuit from Bobbi Kristina’s family accusing him of assaulting her before she was found face down and unconscious in her bathtub at her home in Atlanta on January 31st, and Nick is also accused of stealing “in excess of $11,000” from her bank account shortly after the incident.

In response to Nick and Bobbi’s so-called “marriage,” the lawsuit claims that Gordon, in January 2014, “perpetuated the fraud that he had married Brown, though in fact he never did so.”

“The misrepresentation that (Gordon) was Brown’s ‘husband’ was used to control Brown and limit with whom she could interact,” the suit alleges.

Another claim from the suit is that Gordon was physically abusive towards Brown. He is said to have punched her in the face, knocked out one of her front teeth and dragged her upstairs by her hair.

“Brown had confided to someone that (Gordon) was not the man she thought he was,” the suit stated.

Furthermore, the lawsuit claims that Bobbi Kristina was supposed to meet with that confidant the very same day she was found facedown and unresponsive in her bathtub.

Though several months have passed, law enforcement officials believe there will be no problem linking Nick to Bobbi Kristina’s death and the puzzling circumstances that surround it.

TMZ is reporting that prosecutors are looking to charge Gordon with involuntary manslaughter, and they’re hoping that Nick’s friend Max Lomas — the guy who discovered Bobbi K was in the tub — will give them the information they need to formally charge Nick.

Our sources say authorities believe Nick’s alleged crime is arranging to get drugs for Bobbi Kristina the day she almost drowned in her bathtub. We know Nick claims both he and Bobbi did drugs that morning, and now sources tell us there was nothing intravenously injected.

The autopsy is not helping authorities make their case — it showed no obvious signs of foul play and the toxicology reports will only determine if she was under the influence and not who supplied the drugs.

The key for prosecutors is the third person in Bobbi Kristina’s home that day — Max Lomas, who’s currently being prosecuted in Georgia for 2 drug-related felonies, not connected to Bobbi Kristina.

Lomas’ case has lingered for nearly 6 months, and one source familiar with the case tells us, authorities are interested in offering Lomas a deal — probation on the drug charges and immunity in the Bobbi Kristina case in return for spilling all the details of what happened in her house.

We’re told prosecutors believe Nick had reason to know Bobbi Kristina had a drug problem and also knew she would indulge to the point of losing consciousness, yet he helped her get and use drugs and then left her in harm’s way.

Bobbi Kristina reportedly had a history of falling asleep in the bathtub after too too much partying.

Eerily, the night before Whitney Houston died after being found unresponsive in a bathtub, Bobbi Kristina had been “extremely drunk” after the pair had been partying together at the Beverly Hilton Hotel bar, law enforcement sources told TMZ.

An inebriated Bobbi Kristina drew a bath for herself, fell asleep in the tub and woke up to find the bathroom had flooded with water.

Nick Gordon’s attorney Jose Baez knows about this incident and he’s expected to use it to convince prosecutors that Nick didn’t do anything wrong, and that Bobbi Kristina simply “took too many drugs” and did the same thing back in January she did three years ago; the only difference is that the latest incident proved fatal.

Nick himself has also said he and Bobbi had been doing drugs that night and “she just did too much.”

Making matters even worse is this little tidbit of information from TMZ:

We’ve also learned the night Whitney Houston was found dead in her tub, Bobbi Kristina was rushed to the hospital for acute alcohol poisoning. Whitney’s PR team said it was for exhaustion, but law enforcement tells us it was excessive alcohol consumption.

This info. is especially relevant now, considering the Fulton County Medical Examiner’s preliminary autopsy results, which revealed that there’s “no obvious underlying cause of death” and “no significant injuries were noted.”

The Medical Examiner said additional testing will have to be done, and the results of those tests could take “weeks.”

The ME also said he will not be issuing a death certificate until all of Bobbi Kristina’s records are reviewed, adding that interpreting the results of the autopsy would be “challenging.”

Nick’s mother Michelle Gordon said Monday night that Bobbi Kristina’s death has devastated her son and the rest of their family.

“Nick loved and cared for Krissi deeply, and he has suffered greatly each and every day they’ve been apart,” she said. “Nick and our family are in mourning, and we ask that you respect our privacy. Our thoughts and prayers are with both the Houstons and the Browns during this difficult time.”