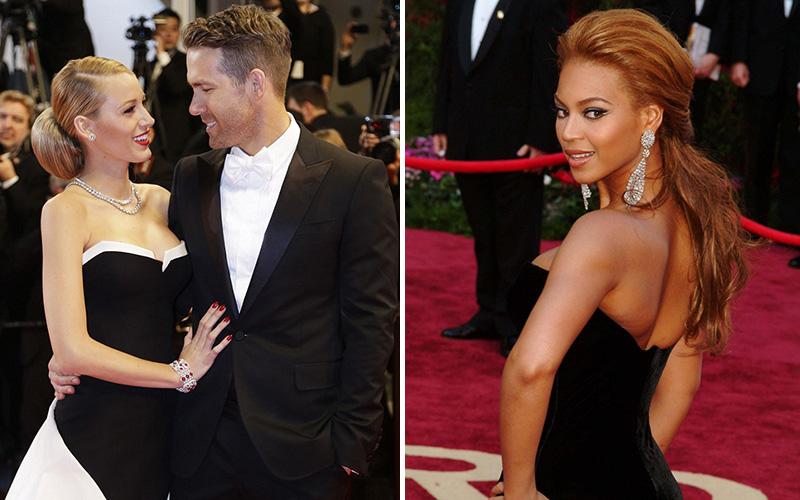 Oh, Ryan Reynolds. What have you done?

In an effort to try say something really nice about his wife Blake Lively in an interview with AOL, actor Ryan Reynolds decided the best course of action would be to compare her to Beyoncé. Or, in the words of Jezebel, “he completely lost control of his senses.”

“My wife knows how to work a red carpet, I’ll say that. She might be the Beyoncé of red carpets. She’s turned that into an athletic event. I see what goes into that, real science. It’s unbelievable. You guys see the finished product. I see a totally destroyed closet, bedroom and kitchen by the time she walks out the door. I don’t even know how shoes got in the freezer… It’s seriously nuts. There’s kung fu involved. It’s really intense.”

I mean, we like Blake Lively and all, but Beyoncé? BEYONCÉ?!? No sir. No ma’am. Not even close.

Then Ryan Reynolds made more comparisons, also regarding Beyoncé:

Other things you probably didn’t know about Reynolds, he’s a fan of the Kardashians (“Kim I suppose is the most Kardashian of them all, right?”) and Beyoncé.

“She is the Michael Jordan of music to me,” he says of Beyoncé. “I’ve seen four of her shows and that’s what comes to mind every time. She’s incomparable. I guess you just say she’s Beyoncé. You can’t really say she’s the this of the that, that terrible thing that everybody does. Honestly, she’s the Michael Jackson of Beyoncé.”

If Beyoncé is so “incomparable,” why do you keep everyone to her? And her to everyone?