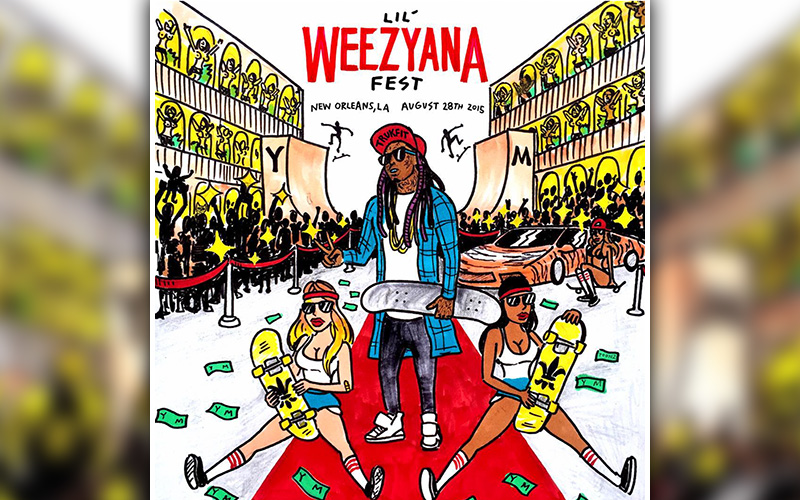 Lil Wayne has a special treat in store for his hometown.

Weezy’s manager Cortez Bryant announced Tuesday (Jul 7) that the rapper will be hosting his first ever Lil Weezyana Fest this summer in New Orleans.

We coming home to give the city the greatest concert ever! liltunechi https://t.co/bfYqVHH2td

The concert will also be a reunion of The Hot Boys, which, in addition to Lil Wayne, includes Juvenile, Turk, and B.G., who is currently incarcerated and will likely not be making the reunion.

The Pre-sale begins today, while tickets for the general public go on sale on Saturday, July 11th.

This past weekend, on the Fourth of July, Wayne released his “Free Weezy Album” exclusively through Tidal, which he recently was named a co-owner of.

Looks like it’s going to be a good summer for Weezy.