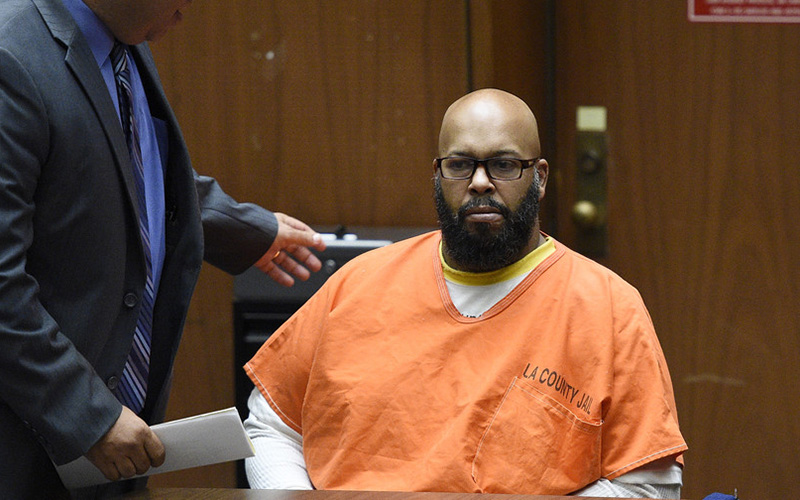 A Los Angeles judge has ruled that the former Death Row CEO will stand trial for murder, even though a key witness (one of the men he’s accused of running over) failed to identify him at a preliminary hearing.

Knight’s murder charges stem from a January 2015 incident in which he got into a confrontation with two men and ran both of them over with an SUV, killing one and seriously injuring the other. He drove off and was later arrested on suspicion of a fatal hit-and-run.

The man who survived being mowed over, Cle “Bone” Sloan, initially told detectives it was Suge Knight who ran him and the now deceased 55-year-old Terry Carter over. But when it came time to testify in court back in April, Sloan wouldn’t say who ran them over and refused to mention Knight’s name specifically.

Knight (who likely had someone from the streets intimidate Sloan beforehand so he wouldn’t snitch) and his attorneys thought that would be enough for the judge to reject Sloan’s testimony and dismiss the case, but Superior Court Judge Stephen A. Marcus reportedly told them, “He doesn’t say that it’s not him.”

Judge Marcus — who should be hailed as a national hero for staying strong and not giving into Suge Knight’s bullsh*t — also pointed out that there was hard evidence that Sloan and Knight had been beefing for years and he called the fight that led to the fatal confrontation between the men part of an ongoing “soap opera.”

“The only person who had a motive was Suge Knight,” Judge Marcus said.

Suge’s side of the story is that he was being ambushed and was fleeing an attack when he “accidentally” ran over the men. After the hearing, his lawyer Thomas Mesereau said that the case was in its early stages and he wouldn’t be making any more comments.

Knight is being held on $10 million bail (reduced from $25 million), though Mesereau is seeking to get the amount lowered.

Suge Knight has two prior violent felonies on his record, so if any of his current charges stick, under California’s infamous “Three Strikes” law, he could end up in prison for the rest of his life.

A man who claims to know Suge Knight personally says he has watched the former mogul’s decline happen over the last decade.

“Suge lost focus of the business, and who he is,” Jones added. “He could’ve been a lot of things, but he chose not to.”