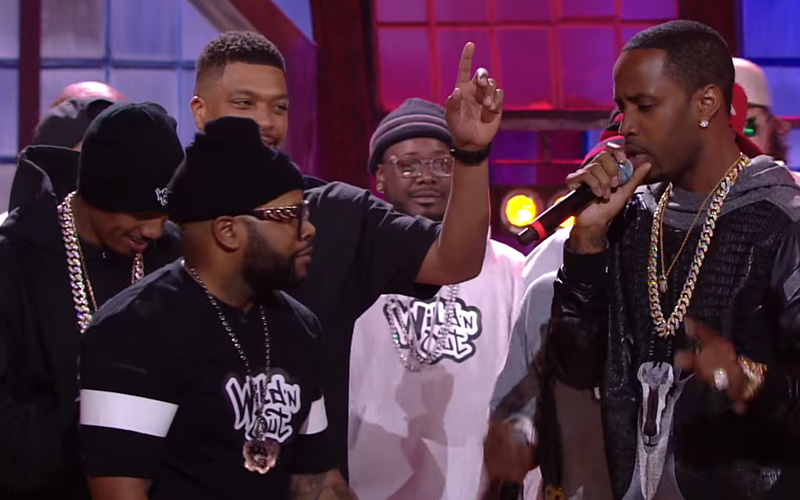 Safaree Samuels is one brave soul. Either that or he isn’t really bothered by his break-up with Nicki Minaj.

On a recent episode of Nick Cannon’s “Wild ‘N Out,” Safaree made a guest appearance on the MTV show and ended up getting one of the most epic roasts ever.

However despite being clowned relentlessly over Nicki leaving him for Meek Mill and how much his rap career sucks, Safaree (aka “Scaff Beezy,” or simply “SB”) hung in there and even joined in on the rap battle.

Way to be a good sport, SB!

Also check out video of Nick Cannon and the rest of the crew singing about tattoo regrets, which is omething he and Safaree both can relate to.