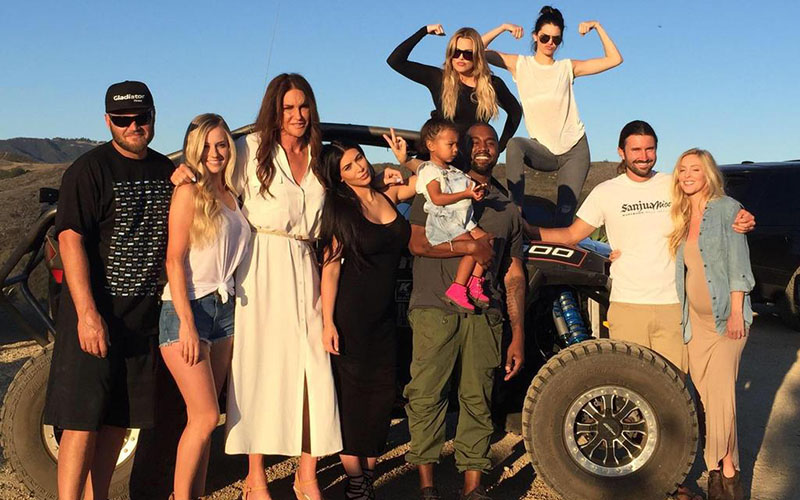 Caitlyn Jenner‘s first Father’s Day as a woman was a complete success.

Caitlyn celebrated with her family yesterday off-roading (a.k.a. riding dune buggies) in Malibu and shared a photo on Twitter to commemorate the special event.

“Great day yesterday for Father’s Day. We had so much fun off-roading. So much love and support! Love my family!” she wrote along with the pic.

Great day yesterday for Father’s Day. We had so much fun off-roading. So much love and support! Love my family! pic.twitter.com/xemTJPuySv

Her sons Brandon and Burt Jenner were in attendance, along with her daughters Kendall Jenner, Kim Kardashian and Khloe Kardashian, daughter-in-law Leah Jenner, son-in-law Kanye West and granddaughter North West.

If you’re wondering where Caitlyn’s other kids are … according to TMZ, Kourtney had the flu, Brody was out of town on a DJ gig, and Kylie was MIA.