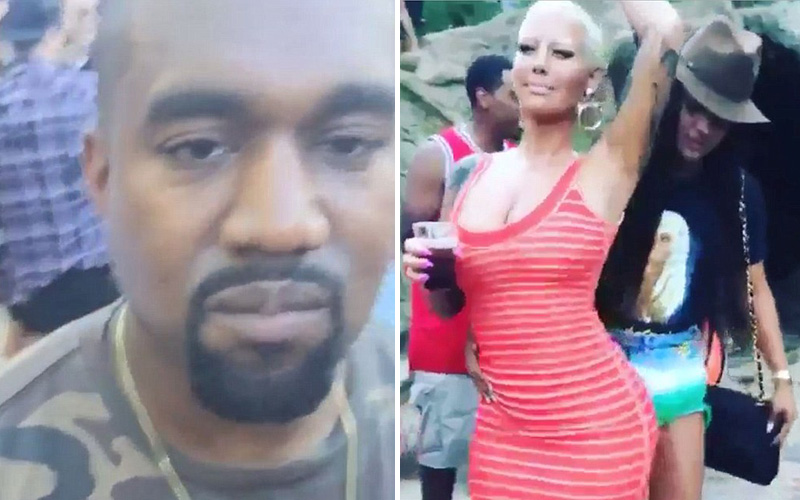 Kanye West doesn’t want to be anywhere near his ex Amber Rose.

Obviously Kanye didn’t get the memo that Amber would be attending the party because sources close to Yeezy say he left quick fast in a hurry when he found out his former flame was there.

We’re told Yeezy was chilling for about 40 minutes, having a good time with folks when the DJ got on the mic and sounded the alarm — announcing Amber had entered the building.

Sources close to the rapper tell us he wisely didn’t want to chance bumping into her, or worse — getting photographed near her. We’re told Kanye waited for his boys to pinpoint Amber’s location … and then made a quick, quiet exit in the other direction.

We guess Yeezy wanted to prevent a possible awkward situation from happening considering he and Amber aren’t on the best of terms.

Just last month, footage surfaced of Amber firing shots at Kanye, telling a crowd at Supperclub in L.A. that rapper Travi$ Scott writes all his music.

Amber later revealed in an interview with Big Boy’s Neighborhood that someone slipped a mickey in her drink the night, but still … we’re sure Kanye feels some type of way about his ex’s comments.