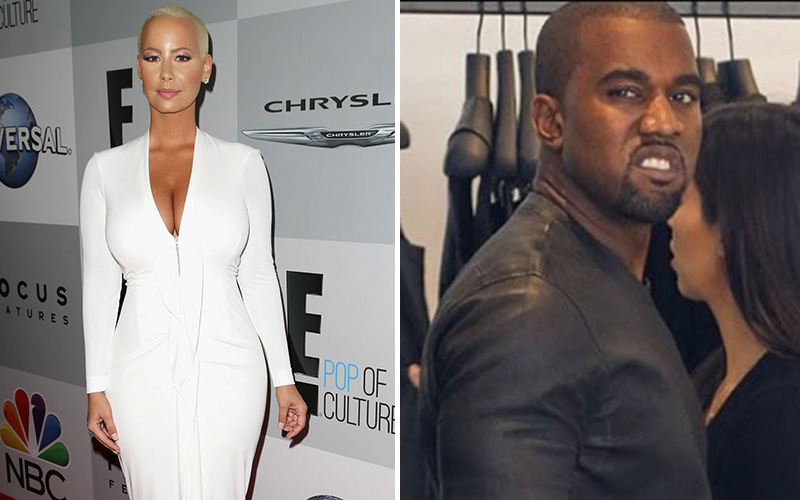 Amber Rose believes she was drugged up the night she went on a drunken rant about her ex Kanye West.

If you can recall, Amber was hosting an event at Supperclub in L.A. last month when she got on the mic and told the DJ to stop playing music by “niggas she used to fuck.”

Amber then went on to tell the crowd that rapper Travi$ Scott writes Kanye’s music.

Well now Amber is claiming it was more than the alcohol that had her throwing shade for days.

During a recent interview on Big Boy’s Neighborhood, Amber said that she’s almost certain somebody slipped a mickey in her drink that night.

“Can I be honest with you guys? And I know this sounds really, like, cliché and like an excuse, but I really feel like someone put something in my drink that night.

“Because for one, I don’t talk like that, and two, I had two cocktails and it was Crown and Coke, and I always drink Crown and Coke.

“And I had a couple sips of champagne and that’s it. I literally blacked out and threw up all night and woke up in my bed naked with no clothes on.”

“I don’t do drugs, I don’t even smoke weed … It was very weird. It was like a week later when it came out and I was like, ‘Whoa!’ I didn’t know it happened until a week later. If you look at the video, I couldn’t even stand up. I’m just not going to go to the clubs anymore.”

Do you believe Amber’s version of what she thinks happened, or do you think she’s just trying to save her own ass? Tell us in the comments below