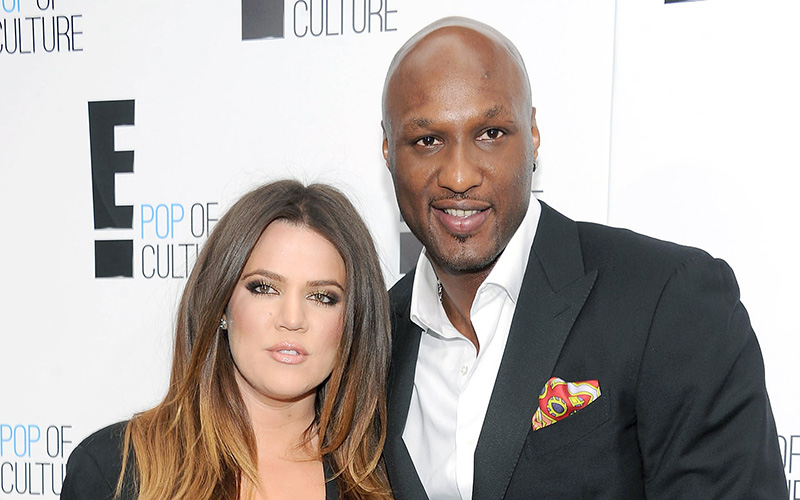 There still may be hope for Khloe Kardashian and Lamar Odom‘s marriage after all. Or at least Lamar thinks so.

The former NBA star was out in Santa Monica Monday when he was asked by a photog if there was possibility for reconciliation with his estranged wife.

Lamar awkwardly responded saying “of course” and Khloe is “still my girl.” He also added, “That’s my wife.”

As TMZ points out, Khloe filed divorce docs in December 2013, and there’s been no movement on either of their parts for more than a year. A judge is threatening to dismiss the divorce filing due to lack of action.

So while Lamar Odom sounds crazy he isn’t 100% crazy. He and Khloe are still LEGALLY married, which means that yes, Khloe is still his wife.

It looks like Khloe has already moved on, but it sounds like if Lamar could have anything to do with it, things may not be totally over for these two former lovebirds. Who knows? Maybe they can work it out.