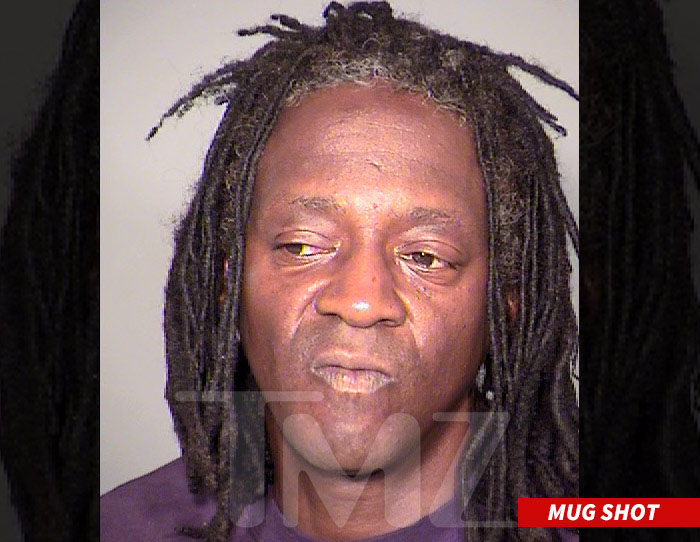 Flavor Flav is back in legal trouble, you guys.

The 56-year-old rapper/reality star was pulled over by police in Las Vegas Thursday morning (May 21) and was arrested for a number of crimes.

According to TMZ, Flava was charged with DUI, and was also booked on possession of marijuana, having an open container, speeding, invalid registration, and driving with a suspended license.

This isn’t Flav’s run-in with the law. He was stopped by cops last year on the way to his mother’s funeral for speeding. Flav was arrested after cops discovered he had 16 suspensions on his license.

We hate to say it, but Flavor Flav is getting waaaay too old for this sh*t. This dude is pushing 60 and he’s still getting arrested for bullsh*t. Get your life, son.