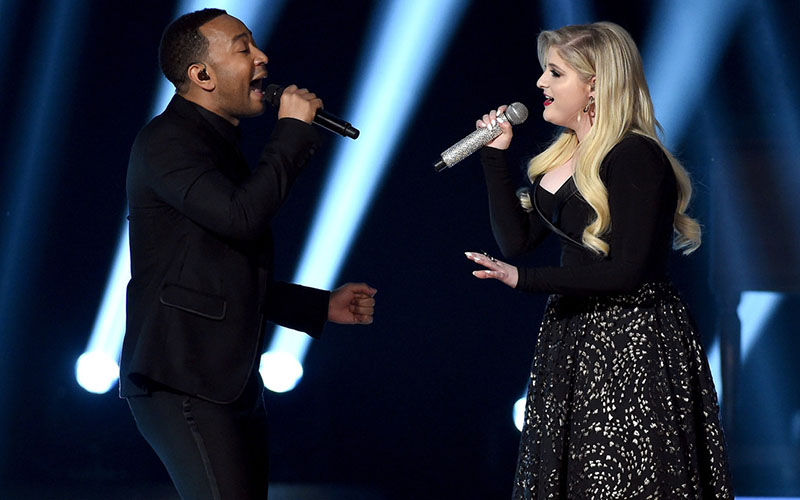 Meghan Trainor and John Legend teamed up Sunday night (May 17) at the 2015 Billboard Music Awards for a beautiful performance of Trainor’s latest single “Like I’m Gonna Lose You.”

The performance followed a rather awkward introduction from Legend’s wife, host Chrissy Teigen, who joked that Legend was “like a brother” to her. Meanwhile, the chemistry between Trainor and Legend was so good, Teigen said she was “a little jealous” after the duet.

“Like I’m Gonna Lose You” follows “Lips Are Movin'” and “All About That Bass” as the third single off Meghan Trainor’s major-label debut album ‘Title.’