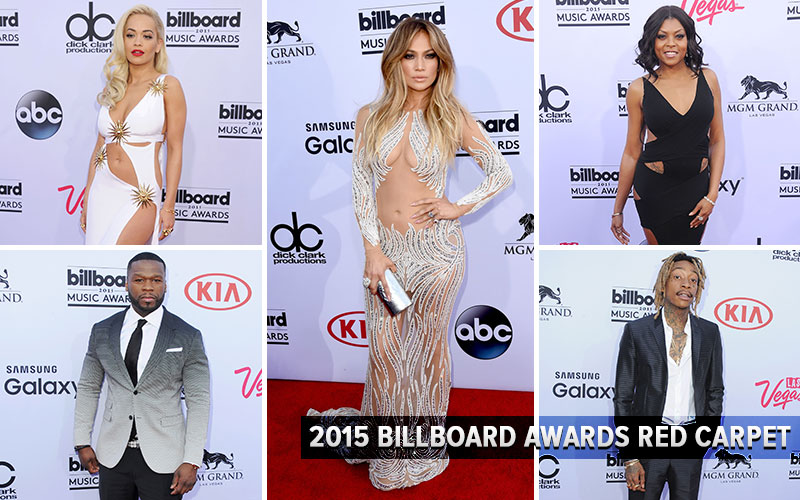 Some of music’s biggest names descended upon Las Vegas Sunday night (May 17) for the 2015 Billboard Music Awards, which aired live on ABC. But before the show went down, the celebs walked down the red carpet (of course) to show off their outfits.

Chris Brown showed up with his adorable nearly 1-year-old daughter Royalty on his hip. Rita Ora rocked a long white gown with no underwear underneath, apparently. Iggy Azalea showed off her new blonde and pink hair, posing with her boyfriend Nick Young.

John Legend flashed a happy grin next to his beautiful wife, supermodel Chrissy Teigen, who, along with rapper/actor Ludacris, served as the host for the night. Wiz Khalifa looked dapper in an open-chested shirt he matched with a skinny suit, and 50 Cent cleaned up nice in his gradient suit.

But Jennifer Lopez was the one who turned the most heads in a sexy, show-stealing see-through gown that hugged her curves perfectly. And her arch nemesis Mariah Carey didn’t look too bad either in her long black dress that showed off her legs.

Check out over 20+ pics from the 2015 Billboard Music Awards red carpet here: