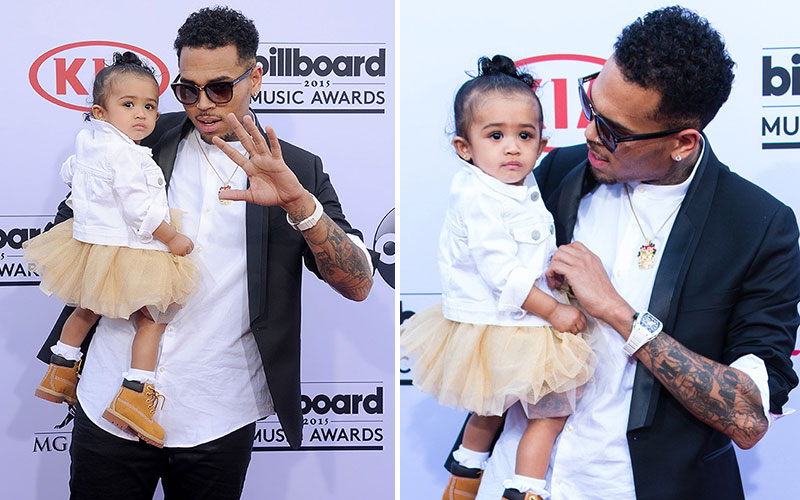 Chris Brown was a proud dad Sunday night (May 17) at the 2015 Billboard Music Awards.

The Pop star brought along his 10-month-old daughter Royalty as his plus one for the night, and walked the red carpet at the MGM Grand Arena in Las Vegas with his adorable little girl on his hip, evoking all kinds of “aww” and “how cute” tweets all over Twitter.

How cute! @chrisbrown brought a special date tonight for the #BMA2015 pic.twitter.com/8w5erqzA2M

Chris Brown had the CUTEST date of the night at the #BBMAs: http://t.co/3joz9yxGpm

News broke back in March that Chris Brown had fathered a baby girl by a former model named Nia last year.

Though another man had been raising Royalty as his own, Chris Brown has since stepped up to the plate as a father, and officially confirmed it via Instagram about a month later, likely after a paternity test was done.

He’s been sharing random photos and video clips of his adorable baby girl ever since, and bringing her on the red carpet of a major music event makes it official that Brown acknowledges Royalty as his daughter.

“I honestly never knew I could love someone as strong as I do,” Brown wrote on Instagram earlier this month. “I’m gonna give her the world.”

Check out more photos of Chris Brown and his adorable little date on the red carpet of the 2015 Billboard Music Awards below: