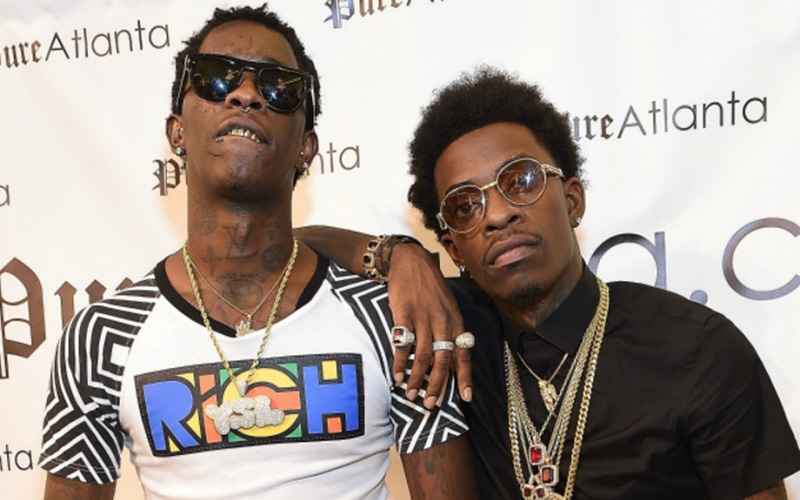 Rich Homie Quan has no hard feelings towards Young Thug.

During his appearance on ESPN’s “Highly Questionable,” Rich Homie revealed that he was “hurt” by Young Thug calling him “Bitch Homie Quan,” but still has love for his former Rich Gang rap partner.

“He’ll always be my brother for life. No hard feelings. We both went to middle school together. We live in Atlanta. Right now, it’s just a lot going on. I’m still the same Quan. I’ve never said anything to trash Thug or banish his name. That’s not what I come from. I’m all about giving and blessings. I wish Thug the best of success.”

Quan went on to add:

“My first reaction was, My brother called me Bitch Homie Quan? To be honest, not to get in my feelings, it hurt. Not hurt as in I’m gonna cry, but dog, bro, I would never disrespect you, point blank period, especially when we have each other’s numbers. There’s certain stuff you do and certain stuff you don’t do. It’s a certain way you do things. That’s not one of the ways I would’ve done it.”

Peep footage from the interview below: