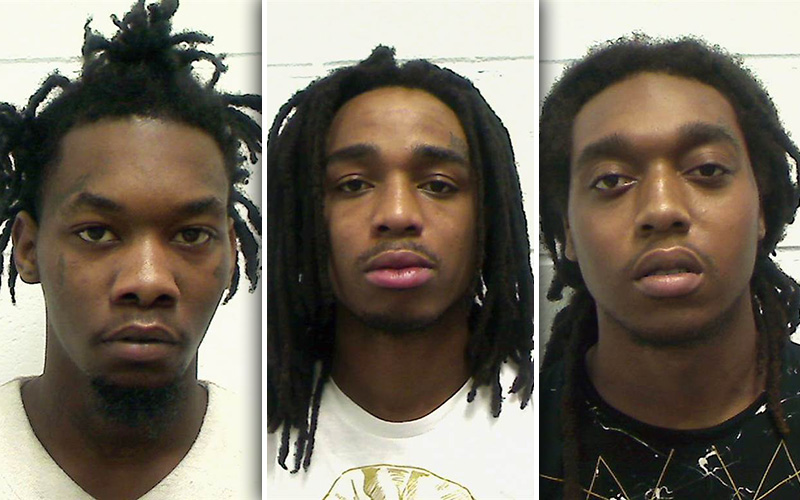 Migos are really living up to what they talk about in their raps.

This past weekend, the “Versace” rappers were arrested for felony gun and drug possession during their performance at Georgia Southern University’s Spring Bling.

According to AP, cops detected a “very potent smell” of marijuana coming from two vehicles the rap group arrived to the school in. A search of the vans found multiple guns, marijuana, codeine, cocaine, Oxycontin, and marijuana.

Other members of the rap group’s posse were arrested, however their charges haven’t been released yet.

Rap Radar reports (via DJ Akademiks) that a judge granted Quavo and Takeoff bail today at $10,000. Offset, who is already a convicted felon will remain in county jail until his next court hearing.