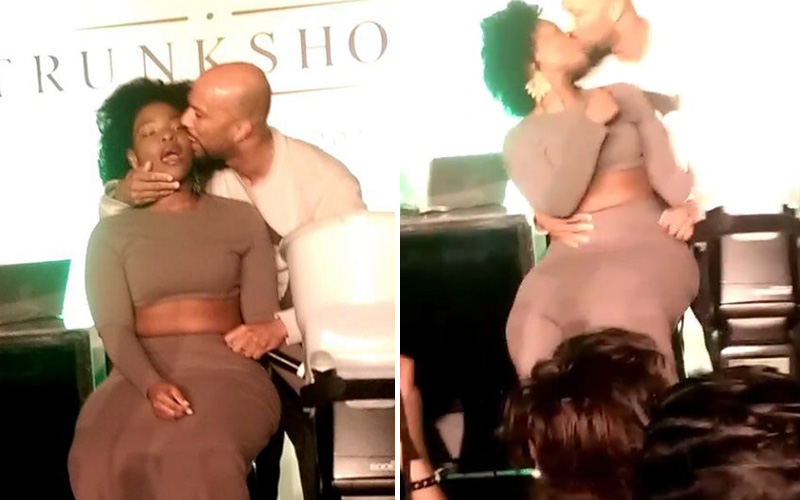 That moment when you go to kiss your celebrity crush and they don’t deny it.

This recently happened to a lucky woman by the name of Erica.

Erica was in attendance for Common’s performance at the Tanqueray Trunk Show in Detroit Saturday night (Apr 4) when the rapper/actor invited her to come up on stage with him.

While on stage, Common serenaded Erica, touching her and kissing her all over her cheek.

So Erica did what any female fan being rubbed all up on by her #MCM would do, and kissed Common right on the lips.

Common didn’t seem bothered at all by the kiss and even gave her a few back. Seems like somebody is single and ready to mingle. His name is Common.

Common also ended up tweeting about the kiss after a fan jokingly called him out for cheating on her:

Define “cheating” RT @MClovins_WIfe: @common you was cheating on me last night ?

Oh! Is there footage? RT @MClovins_WIfe: @common cheating – when common kisses other girls but has a wife name michelle . ?

Now u know u can’t believe what u C on IG! RT @NaeHeartless: Yes the footage is on IG @common and you have a lot of wives/gf’s upset lol