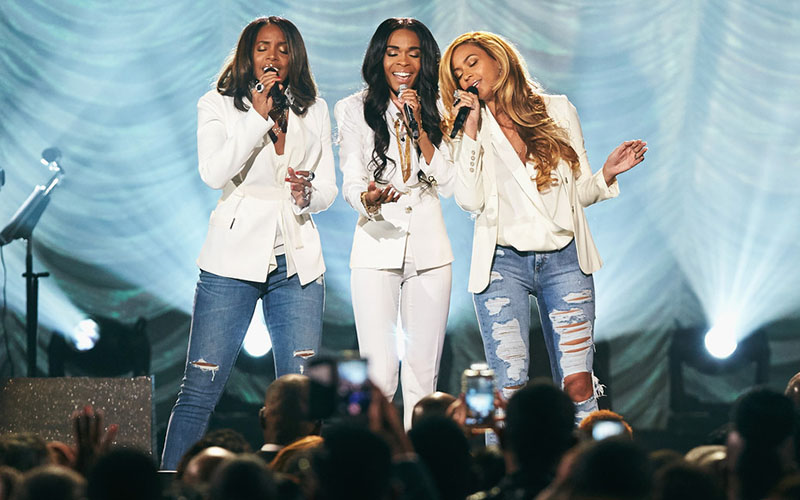 Destiny’s Child gave a surprise reunion performance at the 2015 Stellar Awards, which was recorded in late March in Las Vegas and finally aired on TV One on Easter Sunday (Apr 5).

Michelle Williams was joined by her bandmates Beyoncé and Kelly Rowland for a crowd-pleasing performance of “Say Yes,” a single from Williams’ gospel album ‘Journey to Freedom.’

This marks the first time the ladies have performed together since Beyoncé’s 2013 Super Bowl halftime show, and before then, their last time on stage together was in 2006.

Watch Beyoncé, Michelle and Kelly perform “Say Yes” at the 2015 Stellar Awards below: