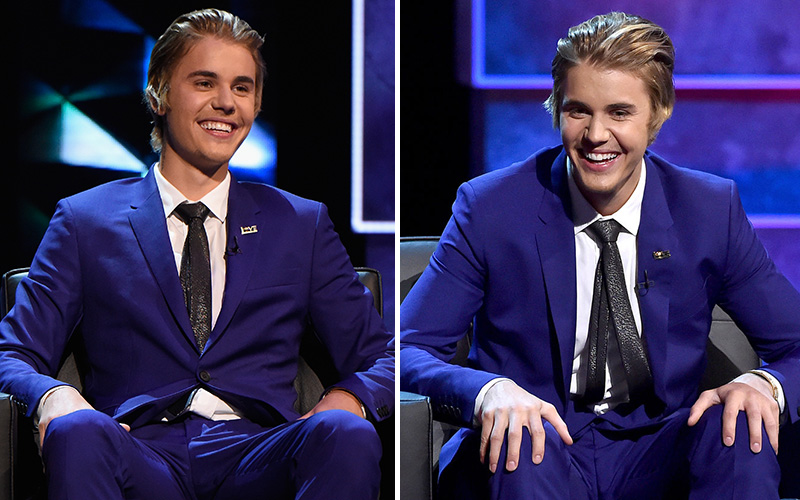 Be careful what you wish for, because you just might get it!

“The Roast of Justin Bieber” was taped earlier this month, and it finally aired on Comedy Central Monday night (Mar 30).

Kevin Hart, who hosted the roast, kicked off the hilarious evening with this: “Tonight we’re gonna do what his parents and the legal system should have done a long time ago. We’re about to give this boy an ass-whoopin’ that he deserves.”

And boy, did they do just that! And then some.

NY Daily News rounded up some of the best jokes:

“Ebola patients hear about ‘Bieber fever’ and say, ‘I’m gonna go ahead and ride this one out.’”

“Is it true you dumped (Selena Gomez) because she grew a mustache before you?”

“The Brazilian prostitute that claimed she was with Justin told the news that he was well-endowed. And that prostitute would know because so was he.”

“You have it all … Except love, friends, good parents, and a Grammy.”

“Justin, Selena Gomez had to f–k you. She is literally the least lucky Selena in all of entertainment history.”

“They say that you roast the ones you love, but I don’t like you at all, man. I’m just here because it’s a real good opportunity for me.”

“This kid has spunk, moxie, and a few other STDs.”

“Justin, as a father of six you have to straighten up, son. Last year, you were ranked the fifth most hated person of all time. Kim Jong-Un didn’t rank that low. And he uses your music to torture people.”

“You bought a monkey! I mean, that monkey was more embarrassed than the one that started the AIDS epidemic.”

The clear (and unexpected) winner of the night was Martha Stewart, who was lauded on Twitter for her hilarious barbs towards the Biebs and the other roasters.

The #BeiberRoast is one of the funniest I have watched. @MarthaStewart is killing it.

When she took the podium, she said she was there to give Justin some tips for when he “inevitably ends up in prison.” After offering to teach him how to make a shank, Stewart advised Justin to settle down and find a powerful, rich girl who’s “a player in the boardroom and a freak in the bedroom.” And with that, she quipped, “So Justin, my final piece of advice is: Call me.” BOOM.

After all was said and done, Justin burned his roasters with this:

“What do you get when you give a teenager $200 million? A bunch of has-beens calling you a lesbian for two hours”

And then the Biebs ended the show by reciting his (obviously) rehearsed apology:

“There was really no preparing me for this life. I was thrown into this at 12 years old and didn’t really know what I was getting myself into. There’s been moments I’m really proud of and a lot of moments I look back and I’m pretty disappointed in myself for, but the things that I’ve done really don’t define who I am. I’m a kind-hearted person, who loves people, and through it all I lost some of my best qualities. For that, I’m sorry. But what I can say is I’m looking forward to being someone that you guys can all look at and be proud of.”