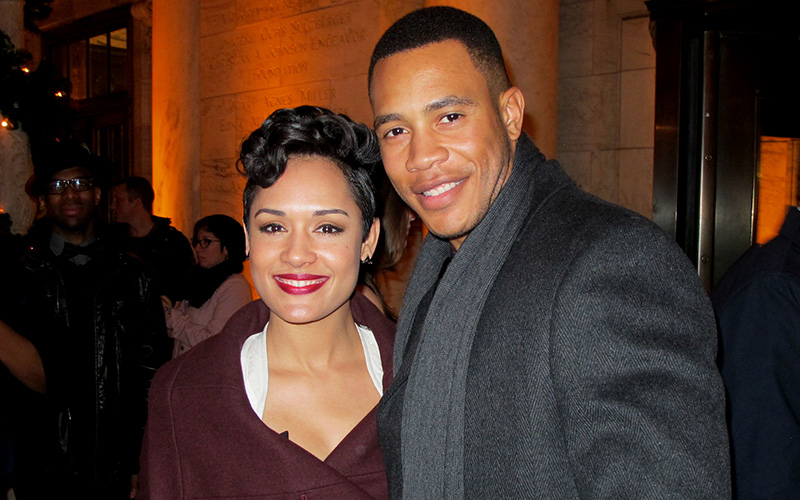 Boo Boo Kitty hooked up with her (almost) step-son Hakeem Lyon on the “Empire” season finale, and now there are rumors floating around that she and Andre are seeing each other in real life.

On Wednesday (Mar 25), TMZ posted this video of Grace Gealey (the actress who plays Anika Calhoun aka “Boo Boo Kitty”) and Trai Byers (Andre) boo’d up at a friend’s wedding, and later that day, Us Weekly followed up with a report confirming that the pair are indeed an item, citing three separate sources.

“They started seeing each other during the shooting of the show. There was an instant attraction, people working on the show are aware about it,” an insider tells Us. “When they all hang out together they’ll cuddle and give a kiss, but it’s nothing obscene.”

A second source tells Us that Byers, 31, and Gealey, 30, are trying to keep their budding romance on the down low. “They are having a great time together,” the insider says.

“Trai and Grace are super serious,” a third source tells Us. “They started dating in the middle of the season and are completely in love.” Grace and Trai are also reportedly planning a romantic getaway before production begins for the second season of “Empire.”