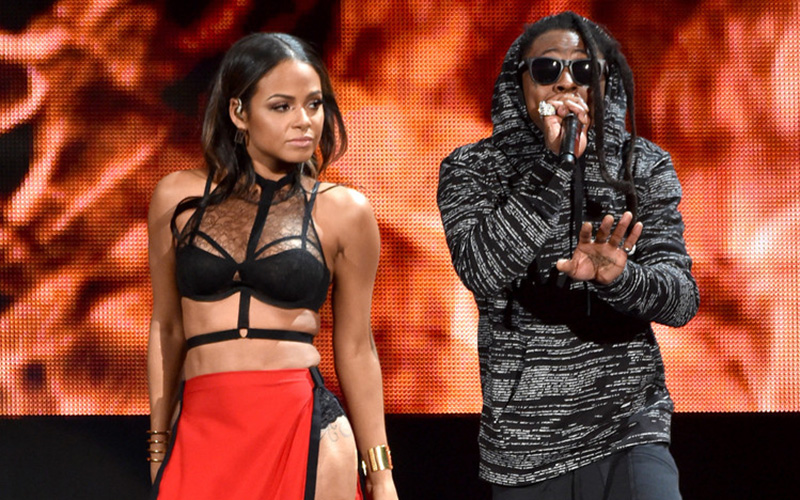 Are Christina Milian and Lil Wayne dating or not?

Though the answer to that question remains unknown, that didn’t stop Christina from spilling a few details on her rumored relationship with the Young Money boss, who she referred to as her “man crush.”

“The deal is he’s my man … crush,” Christina said about Wayne in her cover story for the May 2015 issue of Latina magazine. “He and I have a very special relationship and I think I’ve always been very careful with it publicly because when you have something special it’s like everybody picks apart words. They’ll pick apart a moment in a picture and take something that’s special and trash it.” Christina Milian and Lil Wayne have been seen out in public together on numerous occasions, and in a clip from an episode of her E! reality showed “Christina Milian Turned Up,” she tells the rapper that she loves him. But no one knows whether or not they’re really dating because neither of them have confirmed nor denied it.

Meanwhile, TMZ has grabbed a photo of the couple walking in Hollywood holding hands with their fingers locked together, which pretty much confirms what we’ve pretty much known since the ESPYs last year.

Lil Wayne and Christina Milian are pretty “well-connected” too — Lil Wayne has a son with singer Nivea, who has kids with and used to be married to singer/songwriter The Dream, who shares a 5-year-old daughter with Milian from their marriage, which ended after The Dream cheated on Milian while she was pregnant.