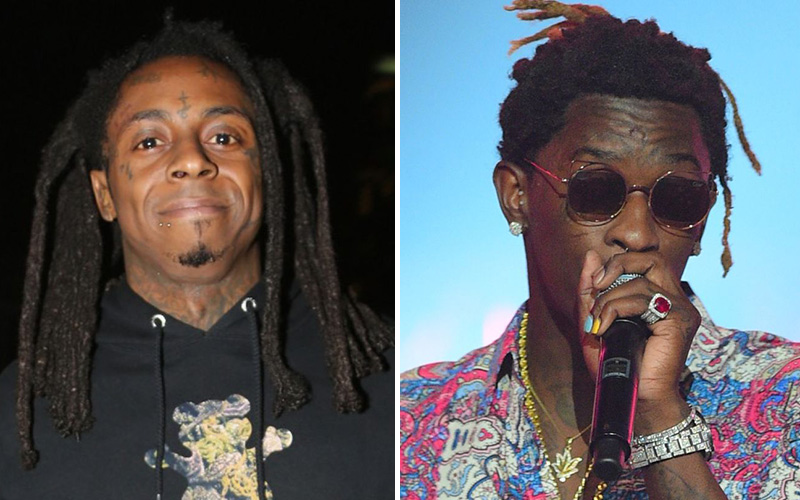 Is Birdman trying to get back at Lil Wayne by letting Young Thug drop an album called “Carter 6” before WAyne even gets to release “Carter 5?”

Yesterday, Young Thug took to Instagram to announce that his upcoming debut album will be called “Carter 6” and will be released soon.

Thug — who has openly talked about his admiration for Wayne several times in the past — also fired shots at the Young Money head honcho, and it appears Birdman is behind it all.

Back in September of last year, Thug told MTV News he would continue Wayne’s legacy by continuing to release “Carter” albums if Weezy himself decided not to do so.

We guess Thug’s keeping his word … but dissing Wayne isn’t going to get Thugga Thugga anywhere.