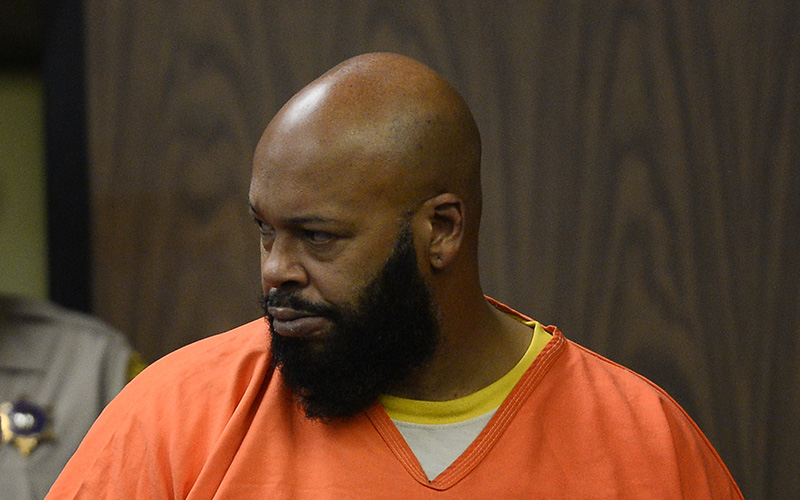 The graphic surveillance footage showing Death Row Records founder Suge Knight running over two people with his truck in the parking lot of a Compton burger restaurant has been revealed, and …. WOW.

Knight was charged by the LAPD in February with the murder of his “friend” Terry Carter and the attempted murder of Cle “Bone” Sloan after the incident, which followed a reported argument on the set of the NWA biopic “Straight Outta Compton,” of which Dr. Dre (an enemy of Suge) is attached.

TMZ broke the story … Suge drove to a Tam’s Burgers in Compton where Dr. Dre was filming footage connected with the NWA biopic, “Straight Outta Compton.” Suge had been kicked out of another location shoot 20 minutes earlier, and he claims he went to the burger joint to make peace with Dre.

Watch the video carefully. You see Suge pull up and he is almost instantly confronted by Cle “Bone” Sloan, who did security for the film. You clearly see Bone attacking Suge through the driver’s window, when Suge suddenly throws the truck in reverse, clipping Bone with the side view mirror and knocking him down.

You also see Terry Carter — the man who ended up run over and dead — standing near Bone. Terry moves into the parking lot when Suge guns it again, hitting Bone a second time and mowing Terry down, mortally wounding him.

Suge claims he was not trying to run either man over but instead was trying to escape out of fear he would be killed. Suge’s lawyer claims Bone and Terry both had guns. Check out the video. As Bone lays on the ground you clearly see another man walk up, remove something from Bone and put it in his waistband.

Law enforcement tells TMZ … they believe the video shows that Suge could have escaped after hitting Bone the first time by simply driving down the road. But Suge’s people say the group assembled near the truck was ominous and he feared if he drove past them he’d be shot.