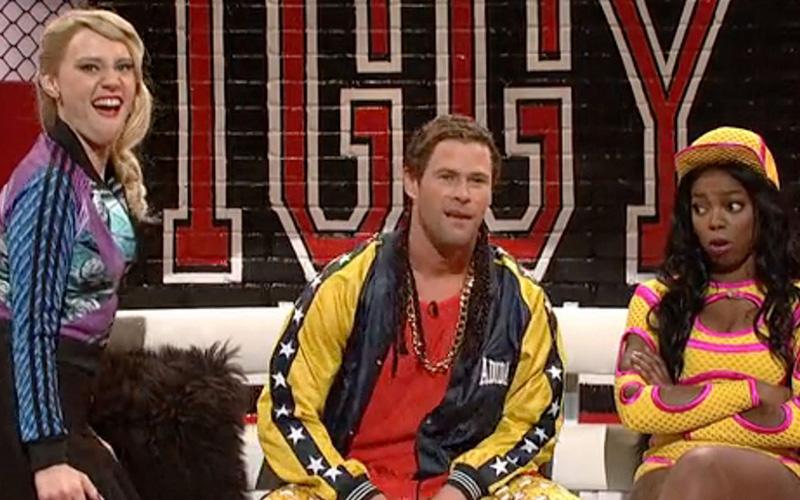 On this past weekend’s episode of “Saturday Night Live,” the sketch comedy show poked fun at Australian rapper Iggy Azalea (and her “Blaccent“) with a parody talk show called “The Iggy Azalea Show.”

Azalea (played by Kate McKinnon) had her “top feuding partner” Azealia Banks (Sasheer Zamata) on as a guest, effortlessly switched between her Australian accident and her rapping Blaccent, and after a clearly over it Banks told Azalea she was ready to move on from their feud, Azalea brought out her Australian rapping cousin Rafty (played by host Chris Hemsworth).

It’s no surprise that the real Azealia Banks was a fan of the hilarious sketch, and even though she said she would be giving up tweeting for Lent, she wrote on Twitter that it was “really funny and spot on.”

I totally have to chime in on the SNL skit. It was really funny and spot on. I loved my outfit so much LOL . @nbcsnl

Ok back to Lent.